What is a Black Hole?

Simply stated, a black hole is a place where the pull of gravity is so immense that not even light can escape. This includes all types of particles and even all forms of electromagnetic radiation. In Einstein’s general theory of relativity, he states that black holes compresses all types of mass into a tiny space. The tiny space is the event horizon,, which is the boundary from where any form of matter becomes trapped. In addition, the quantum field theory predicts that black holes also emit a type of radiation called the Hawking Radiation. This is defined as a black body with a temperature inversely proportional to its own mass.

Pierre-SImon Laplace and John Michell were the first ones to consider objects with strong gravitational fields that could trap light. It was Karl Schwarzschild who provided the first solution of general relativity that characterized black holes in the year 1916. Throughout the scientific community, black holes were always considered a mathematical mystery until 1960 when it neutron stars were discovered. 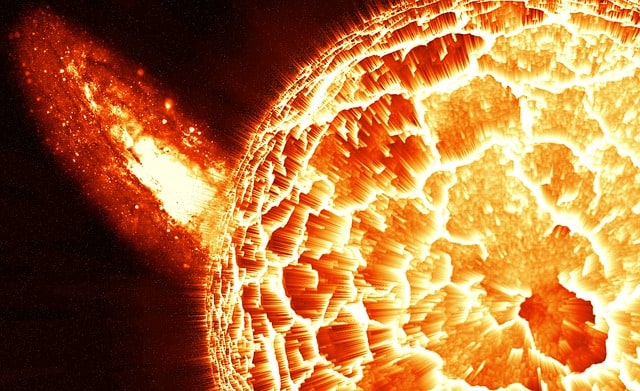 Black holes form when immensely massive stars suddenly collapse or dies. Once a black hole forms, it continuously grows by absorbing all the mass from its vicinity and at certain times, can even merge with other black holes. Scientists hypothesize that at the center of any galaxy is a supermassive black hole.

Most black holes are discovered using their interaction with the electromagnetic radiation and matter in its vicinity. Accretion disks are usually formed when a black hole absorbs matter. These disks are heated by friction and can brighten immensely. The presence of stars can also aide in the identification of the location and size of a black hole. This is done by considering the orbit of these stars since black holes causes major changes in a stars orbit.

Black holes are categorized into four (4) types. The first is the supermassive black hole or SMBH. This is the largest type amounting to an unmeasurable amount of solar masses. This is usually found at the center of the largest galaxies in space. In our solar system, the SMBH is located at Sagittarius A*.

The third type, known as the stellar black hole or stellar mass black hole is formed when a massive star collapses. Their masses range from five (5) to a hundred (100) solar masses and can be observed as either a gamma ray burst or a hypernova explosion. These types of black holes are also called collapsars.

The last type is known as a micro black hole, a mini black hole, or a quantum mechanical black hole. They were introduced by Stephen Hawking in 1971.

Main Parts of a Black Hole

There are five (5) main parts of a black hole. The first is the event horizon which is a black hole’s defining feature. This is the boundary where matter and electromagnetic radiation can only pass into the mass of the black hole and can no longer escape.

The second is the singularity which is the eye (or center) of the black hole. This is a region when the curvature becomes infinite.

The third is the photon sphere which is a spherical boundary (with no thickness) where photons move perpendicularly to the sphere is trapped in an elliptical orbit with respect to the black hole.

The next part is the ergosphere, this is the area where objects are always on the move as a result of a phenomenon called frame-dragging.

The fifth and final part of a black hole is the innermost stable circular orbit or ISCO wherein particles stably orbit at various distances from a center object.

High-energy collisions in a dying star, along with gravitational collapse, also forms black holes and are achieved when these high-energy collisions reach a certain density. Once a black hole is formed, it can continue to increase in size by absorbing matter in its vicinity. Matter can be in any form, whether electromagnetic radiation, gas, or even interstellar dust.

There are three (3) major black holes observed near our galaxy.

According to Stephen Hawking, under general conditions, the total area of a black hole never decreases even after it absorbs mass. This hypothesis is now called the second law of black hole mechanics which is quite similar to the second law of thermodynamics which states that the total sum of entropy of any system can never decrease. The link of these two laws was further supplemented by the fact that black holes can radiate blackbody radiation at a particular temperature. This event was based on the quantum field theory discovered by Stephen Hawking.