49 Breathtaking Facts About the Moon

To almost everyone, the moon appears to be a constantly changing celestial neighbor and only natural satellite, but it has pretty much remained unchanged over time, plus there is a plethora of satellites roaming the solar system. While the moon has remained unchanged through time, our understanding of it has grown profoundly.

Credit to new observations, today, we have an unprecedented view of its surface, and we have been able to get up-close to witness how both it and other objects in the solar system have been shaped over the course of billions of years. The moon is so close to the earth that for thousands of years; humans have found comfort in its presence. It has acted as a timekeeper for ancient humans, a beacon for night travelers and a location finder for sailors. Here are 49 breathtaking facts about the moon that will get you tightly glued to your seat. 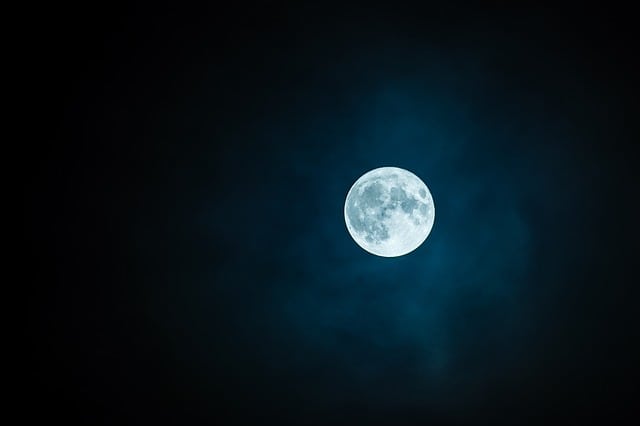 Fact 1. According to a veritable theory, the moon was formed when a rock, the same size as Mars, rammed into Earth, just before the onset of the formation of the solar system, approximately 4.5 billion years ago.

Fact 2. The moon takes 27.3 days to revolve once. The moon also takes the same number of days to orbit Earth once, which explains why we only see one side of the moon.

Fact 3. The distance of the moon from the earth is 280,000 miles. When the moon was created, it was about 14,000 miles away. This is proof that the moon is slowly drifting away from Earth. It’s drifting away at a rate of about 3.78 cm each year, which is equal to the rate at which human fingernails grow.

Fact 6. Lunar rainbows, sometimes known as moonbows, are rainbows resulting from light reflecting off the moon. They typically appear white, since the light is normally too faint for the naked eye.

Fact 7. To the naked eye, the moon appears bright, but it’s actually very dark, with the reflective power of coal. It’s able to reflect light because of the opposition effect. It loses its shadow when it comes directly in line with light source such as the sun.

Fact 8. The first spaceship to land humans on the moon was the Apollo 11 in 1969. The two humans were two Americans, Neil Armstrong, and Buzz Adrian. Neil Armstrong was the first to step out on the surface of the moon.

Fact 11. The age of the oldest rock collected on moon is estimated to be 4.5 billion years old.

Fact 12. The tallest mountain on the moon is Mons Huygens. It’s estimated to be 4, 700 meters tall, slightly half the height of Mount Everest, which stands at 8848 meters.

Fact 13. Although more studies are being conducted, most scientists converge to the fact that the moon has small amounts of water.

Fact 15. The tides experienced on Earth are chiefly caused by the gravitational pull of the moon.

Fact 17. The dust particles found on the moon are severely toxic since the particles are significantly small and jagged.

Fact 18. The United States Flags planted by the first explorers appear white in color today due to the bleaching effect of the nearby sun.

Fact 20. 1835 was the year of the “Great Moon Hoax.” The New York Sun Newspaper published numerous articles purporting that alien life had been discovered on the moon.

Fact 22. The moon’s surface consists of a large number of impact craters from asteroids and comets that have been colliding with the surface for many years. Since the moon doesn’t have an atmosphere or weather, these craters have been well preserved.

Fact 23. When the Earth occurs between the sun and the moon, it’s called lunar eclipse.

Fact 24. The first successful landing of an unmanned spacecraft on the moon’s surface was the Soviet Union’s lunar program in 1966.

Fact 25. The modern day mobile phone has superior computing power that the computers utilized in the Apollo 11 mission.

Fact 26. A survey carried out in 2013 revealed that 7% of Americans believed the moon landing was a hoax.

Fact 27. Internet speeds on the moon are significantly high (19mbps).

Fact 28. Naturally, our days are 12 hours long. Were it not for the moon; our days would be six hours long.

Fact 32. Many regard the moon as an oval shaped planet, but it isn’t. It’s actually oval shaped, mimicking an egg.

Fact 33. An Astronaut’s footprint could stay that way forever on the moon since there is no water or wind on the moon’s surface.

Fact 34. In ancient times, when solar eclipse took place, the Chinese people used to make loud sounds, as they thought that the Sun was about to be swallowed by a gigantic dragon. They believed making those high pitched sounds would scare off the dragon.

Fact 35. The map of the moon as it appears on a telescope was first drawn by a British Astronomer, Thomas Harriot.

Fact 36. One study found that people experience remarkable sleep when a new moon manifests, and the worst sleep when a full moon shows.

Fact 37. 5 flags were planted during the exploration of the moon. Today, only 5 of them are still standing.

Fact 39. Some months show two moons. When this happens, the second moon is called blue moon.

Fact 40. The first human to pee on the moon was Buzz Aldrin.

Fact 41. In the course of the cold war, the United States seriously considered dropping a nuclear bond on the moon to demonstrate its superiority.

Fact 42. Before 2011, moon landings were considered conspiracy theories, until a NASA probe led to the revelation of high-resolution photos of the Apollo moon landing sites.

Fact 43. Humans who visited the moon have since left 96 bags of feces, urine, and vomit.

Fact 44. The first Astronaut to play golf on the moon was Alan Shepherd in 1971.

Fact 45. Apollo astronauts moved their training base to Iceland, since they held the view that it resembled the surface of the moon.

Fact 46. There are orange rocks on the moon. The mystery of orange rocks on the moon started when an astronaut, Harrison Schmidt, noticed a unique color patch adjacent to Apollo 17’s Taurus-Littrow landing site back in 1972. The Astronauts scooped up a little bit of the orange soil to be examined back on earth. Lunar geologist deduced that the orange soil was formed during an ancient fire mountain.

Fact 47. Scientists believe that a huge object, probably the size of Mars, rammed Planet Earth and knocked out a big chunk of material that ultimately resulted in the earth’s moon. The unique oxygen isotopic component of the rocks brought from the moon and earth’s rocks indicate same ancestry.

Fact 48. The moon experiences two kinds of earthquakes; shallow moonquakes and deep moonquakes. Moonquake, which stems from several miles below the surface of the moon, is considered to be caused by the Earth’s gravitational pull.