40+ Amazing Facts About the Space

The space is as beautiful as it is massive and mysterious at the same time. You could just stare at the night sky and wonder what lies beyond the gallant moon and the countless stars. While it is a known fact that the universe holds trillions of heavenly bodies stationed across the infinite universe, there are still those things that we do not know and understand. In this article, we will take you far off the outer space as we list down 40+ amazing facts which you might not know about the space and beyond. 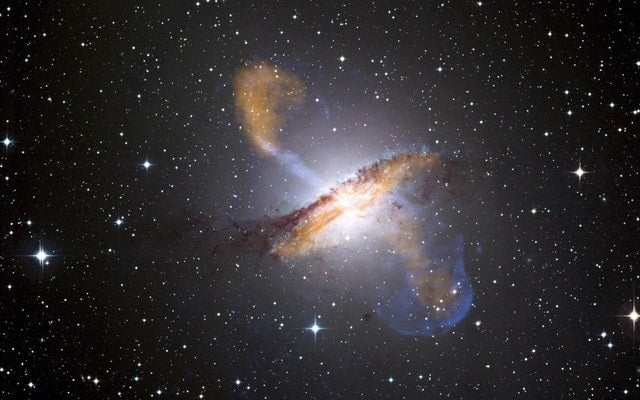 Fact 1. Mercury rotates very slowly but it revolves around the Sun in less than 88 days. Because of this, a day in the planet is twice as long as its year.

Fact 2. Venus is the hottest planet in the solar system. It has an average surface temperature of approximately 450 degrees Celsius. This is due to a dangerous greenhouse effect that occurs on its atmosphere.

Fact 4. With a mass of about 318 Earths, the planet Jupiter is the largest planet in the solar system. It is so large, it is two and a half times more massive than the rest of the plants combined.

Fact 5. Not all planets have their moons. Mercury and Venus are the only two planets in the solar system that do not have moons with them.

Fact 6. Because of its size, Charon – the moon of Pluto – has been considered as a double dwarf planet rather than a moon orbiting its own planet.

Fact 7. Quakes also happen on the moon. Known as moonquakes, these movements are not as intense as those that shake the Earth. They tend to occur at great depths between the lunar surface and its center.

Fact 8. Because of the immense size of the universe, no one really knows how many stars are there in space. However, astronomers could estimate the number of stars within Milky Way. The number is between 200 billion to 400 billion stars.

Fact 9. At present, the biggest known star is named UY Scuti. This bright red supergiant is situated 9,500 light-years away in the Scutum constellation. The said star is larger than the sun by more than 1,708 times.

Fact 11. One million Earths would be needed in order to equal the massive size of the Sun.

Fact 12. The Neptune takes 165 years in order to orbit the sun. This means that it has only completed its first orbit in 2002 since its discovery in 1846.

Fact 13. Since the moon has no atmosphere, there is no way for wind to erode the surface of the said heavenly body. This means that the footprints on the moon will stay put for millions of years to come.

Fact 14. The Milky Way galaxy will collide with the Andromeda galaxy. But there is no need to worry because this would most likely happen over four billion years from now.

Fact 15. Jupiter has a lot of moons. There are only 53 named moons of the planet, but scientists believe that here are 67 that orbit Jupiter.

Fact 16. The National Aeronautics and Space Administration (NASA) is responsible for space programs as well as aerospace and aeronautics research.

Fact 17. Neil Armstrong, Edwin Aldrin, and Michael Collins were the first humans to ever land on the moon. They were carried by the Apollo 11 and blasted off to the moon on July 16, 1969.

Fact 18. Yuri Gagarin, a Soviet cosmonaut, was the first human to journey into outer space when he was able to orbit the planet using the Vostok 3KA-3 spacecraft.

Fact 19. Laika, a dog, was the first animal to actually go into orbit in outer space. The dog boarded the Soviet Sputnik 2 spacecraft and blasted off on November 3, 1957.

Fact 20. The Crater Observation and Sensing Satellite of NASA has stated that they have discovered evidence of high amounts of water on the moon.

Fact 22. The four remaining planets in our solar system are known as the gas giants. They are Jupiter, Saturn, Uranus, and Neptune.

Fact 23. The blue glow of Uranus is attributed to the presence of methane in its atmosphere. Methane filters out all the red light that enters the planet.

Fact 24. The nearest start to the Earth after the sun is called Proxima Centauri.

Fact 25. The Sloan Great Wall is the largest structure that could be found in the universe. It is a super cluster of galaxies that is 1.37 billion light-years across.

Fact 26. The Sun is 400 times larger than that of the moon. However, it is 400 times further from the Earth than the moon. This makes them appear to be of the same size.

Fact 27. If two piece of metal of the same type would touch in outer space, they will bond permanently. This is due to the fact that atoms of two pieces of metals do not know that they are separate.

Fact 28. The dwarf planet Ceres was the largest object to be considered as an asteroid. Discovered by Guiseppe Piazzi in 1801, Ceres is located in the asteroid belt.

Fact 29. Olympus Mons is a volcano present on Mars that is three times the size of Mount Everest. With a height of 21 kilometers, Olympus Mons is considered to be the tallest peak in the solar system.

Fact 30. We live in a the Milky Way, a spiral galaxy with a supermassive black hole in its center. It spans between 100 to 200 thousand light years.

Fact 31. IC 1101 is considered to be the largest galaxy in the universe. This supergiant elliptical galaxy spans over 5.8 million light years and it is over 30 times bigger than the Milky Way.

Fact 34. There are more volcanoes that are on Venus than there are on Earth, or in any other planet within the solar system.

Fact 36. The pistol star has been noted as the most luminous star in the universe. It is 10 million times brighter than the sun.

Fact 37. The Sun accounts for 99.86% of the mass of the solar system. The Sun is made of three quarters helium and hydrogen.

Fact 38. There are various sizes and shapes of galaxies. Generally, they are categorized as elliptical, spiral, and irregular.

Fact 39. According to a theory, the moon was formed when a giant object collided on earth, breaking a piece of the planet and creating the moon.

Fact 40. The moon is moving away from the Earth by 3.8 centimeters every year.