What is commonly known is outdoor air pollution which is all about fumes and smog from industries or emissions from cars. Indoor air pollution pertains to contamination or introduction of harmful substances in the air within and around buildings, homes, inside cars, restaurants, schools or offices which depreciate Indoor Air Quality (IAQ). 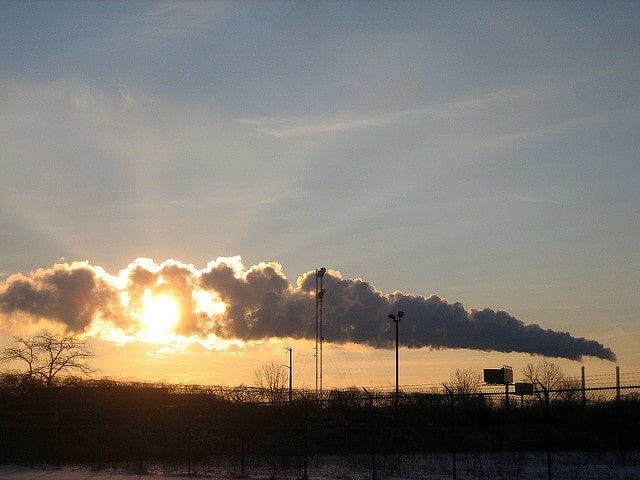 Asbestos is the main cause of indoor air pollution. It’s present in many several materials used in home construction and the automotive industry. It is also found in paint products, heating systems, fireproofing, floor and ceiling tiles, and coatings. Asbestos emits microscopic fibers which are linked to increased risks of lung cancer.  In the US, asbestos has been banned and is no longer used.

Second-hand smoke from tobacco cigarette is an enormous source of indoor air pollution. Other than the active smoker, the smoke given out affects other room or building occupants. Second-hand smoke from cigarettes includes the gaseous and particulate matter, with specific health risks arising from carbon monoxide, minute particles and volatile and semi-volatile organic compounds which can worsen or cause respiratory disorders.

Radon is a radioactive gas emitted during the radioactive decay of radium. Radon can be found underneath our houses and buildings within the rock formations such as bedrock or in specific building materials. Radon gas can thus get into buildings, polluting the indoor air which can be disastrous to the health of the occupants in the building. Radon is associated with many premature deaths and risks of developing lung cancer.

Turpentine, paints, varnishes, and strippers emit chemical fumes which can interfere with the comfort and health of occupants in a room or building. After they are applied, as they dry they also emit volatile organic compounds (VOCs) that can cause dizziness, nausea or headaches. Some of these products also contain methylene chloride, which according to studies can give rise to cancer in animals.

Cooking and heating utilities including heaters, stoves, fireplaces, and chimneys are capable of producing carbon monoxide which can cause fatigue, dizziness, headaches, and even death if not well ventilated. Gas stoves, in particular, can emit minute particles and nitrogen dioxide which can lead to inflammation of the nose, throat or eyes as well as respiratory problems. Billions of people utilize these cooking and heating equipment on a daily basis.

Adhesives and glues expel VOCs such as methyl ethyl ketone or acetone causing indoor air pollution. The effects to room occupants include irritation to the eyes and can also affect the normal functioning of the nervous system. Cement glues can contain n-hexane which is a neurotoxin whereas adhesives release noxious formaldehyde. Formaldehyde is a top indoor pollutant. It has been banned in some states but is still found in adhesives and some paints.

Textile carpet materials, especially new ones can release a variety of volatile organic compounds. Carpets that are not regular dusted or washed can also accumulate dust and toxic materials which can contaminate indoor airs as dust mites.

Household cleaning products such as perfumed soaps, leather cleaners, toilet air fresheners and detergents, and laundry detergents are a common cause of indoor air pollution. They release irritants and contaminants in the air within indoor spaces, and in consequence causing health risks and breathing problems.

Molds and bacteria mainly grow in damp environments and can significantly lead to indoor air pollution. They emit contaminants and hazardous materials into the air which gets into indoor areas from the areas where the molds and bacteria grow. Molds and bacteria are predominantly allergens and poisoning substances that can cause sickness and health complications.

Whenever compact fluorescent bulbs break, they release small amounts of mercury in the air which drops on surfaces and the carpets or suspend in the air. As a result, it causes indoor air pollution since the particles contaminate the air. Mercury is a neurotoxin which can seriously impact human health.

Plastic products are made of polyvinyl chloride which discharges phthalates, especially from new plastic utilities such as new electronics. Plastics also release flame-retardant chemicals, for instance, polybrominated diphenyl ethers – associated with a neurobehavioral change in animals. Adverse effects of phthalates exposure include reproductive and hormonal disorders.