The pollution of land has calamitous consequences especially concerning the survival of animals and humans and the quality of soil and water. Environmental protection agencies indicate that the effects can even be more devastating if wastes in landfills are not separated into reusable, recyclable, or organic waste. Since the advent of industrialization, human activities have gradually destroyed and degraded land, causing diseases to humans and animals and reducing the capacity to support ecosystem and various life forms. Land pollution has many long lasting effects. 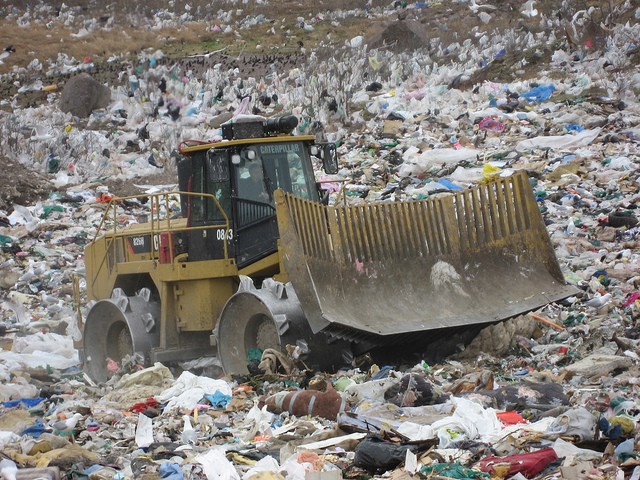 Below are the main consequences of land pollution:

Many regions across the world harbor loads of waste and have incredibly pitiable waste collection services especially in developing countries and slum areas. Others have appropriate waste collection systems, but they eventually end up in the landfills without proper regulation.

Such wastes contain dangerous chemicals, pesticides, and metals that have adverse effects on humans. Plastic waste, for instance, might contain acrylic, polyvinyl chloride, polycarbonate, and phthalates that are associated with cancers, skin diseases, respiratory disorders, and birth defects for pregnant women.

Chemical components such as cadmium, asbestos, mercury, cyanide, arsenic, and chromium commonly found in pharmaceutical, pesticides, and fertilizer industrial wastes also have devastating effects on human health. They have cancer causing elements and can also lead to lung and kidney disease as well as liver damage.

When land is contaminated with solid agricultural and industrial waste, it leads to increase in landfill sites across the city. Landfills also become breeding grounds for mice, rodents, flies, and birds that can transmit diseases. These landfills are contaminated with such kind of toxic chemicals that they can reach the human body via vegetables and foods that are grown in polluted lands. They can also seep into water bodies used for consumer purposes or could be inhaled by humans from polluted dust. Apart form that, these huge pile of wastes across the city results in tourist distraction and can be loss of revenue for tourism industry.

Healthcare waste such as broken instruments and metals or industrial consumer product waste like broken electronics are all contaminated waste that may end up in landfills thereby destroying the soils and land on which they eventually wind up, upsetting the land ecosystems. Ultimately, the land losses its fertility and vegetation cover.

Landfills and dump sites generate appalling smells and odour in the areas which they are located. In cities and towns located near huge dump sites and landfill areas, residents have experienced high scores of pungent smell. Apart from the bad smell, landfills are always burning which contributes to air pollution.

Land pollution can spread in all directions so that it results in an adverse impact on the immediate environments. On this basis, it can contaminate water and significantly reduce its quality. It happens when the chemicals and other toxic substances from the landfills and solid wastes are mostly carried into waterways by surface rainwater runoff.

At the same time, leaching takes place which makes the toxic elements and chemicals to infiltrate into aquifers and water tables. Also, the contaminated water evaporates and falls back as precipitation with the impurities, advancing the cycle of pollution and contamination.

Deforestation is the top concern for matters pertaining environmental degradation. It causes the destruction of the ecosystems and the habitat. Deforestation compromises the cutting down of vegetation and tree cover which creates harsh environmental conditions such as intense heat from the sun and also disrupts the rain cycle.

It results in soil erosion and desertification. As an outcome, animals are driven further away and become vulnerable to harmful conditions and predators. Continued deforestation finally results in biodiversity implications because the reduction of green cover interferes with the atmospheric balance.

When the atmospheric balance is compromised, various atmospheric imbalances such as the greenhouse effect, climate change, and global warming are experienced. Deforestation is as well a recipe for increased stormwater runoff and leaching. The economic effect of deforestation is depriving communities of revenue from tourism.

In the recent decades, the wildlife animals have tremendously suffered as they have persistently faced a serious threat regarding the loss of their natural habitat and environment. The continued human economic activities on land have progressively left the lands degraded and polluted forcing wildlife to move further away and adapt to new areas. Consequently, some species have died while trying to adapt, some have gone extinct, and several are currently on the verge of extinction.

Discharge of various kinds of chemicals on land makes the ecosystem unappealing to the survival of plants and animals within their interactive food chain. The chemicals contaminate plants and waters which are then consumed by lower animals, and the food chain continues up the ladder in the ecosystem. The process is known as biomagnification and is reported to be a serious threat to ecological sustainability.

Landfills and scattered dump sites within cities typically give a very bad picture of the residents and the governance of the respective cities. It may only depict the level of environmental insensitivity. Landfills and dump sites also reduce air quality and can potentially threaten human health. As such, it can make a city loss its attraction to tourists, in turn, making the government to loss tourism revenue.