Water pollution is the contamination of water bodies including rivers, oceans, lakes, streams, aquifers, and groundwater. It occurs when foreign harmful materials like chemicals, waste matter, or contaminated substances are directly or indirectly discharged into water bodies. Any alterations in the chemical, physical, or biological water properties qualify as water pollution.

It is usually a requirement for any harmful substances or compounds to undergo treatment before they are discharged into water. Human activities are the primary contributors to the introduction of these foreign harmful materials. Water is the second most polluted environmental resource after air pollution. 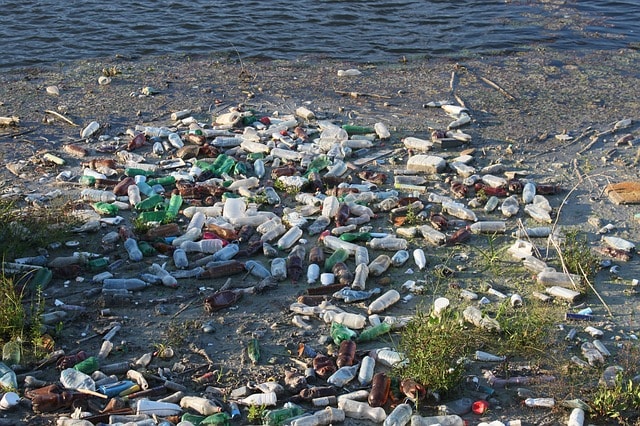 Here is a list of the main causes of water pollution.

Industrial and manufacturing wastes are the biggest causal agents of water pollution. The manufacturing and industrial process mostly releases scores of chemical compounds and waste products that end up in waters. This include:

Oil is a major water pollutant. Routine shipping, sea port operations, and oil refining at the seas have led to water pollution through oil dumping and spillage. Once the oil spills in the water, it makes a thick layer on the surface of the water as it is insoluble in water. As a result, oil spills can extensively harm and kill a marine life because it cuts the supply of dissolved oxygen and prevents light from penetrating into the water.

Dissolve oxygen is essential for the survival of aquatic organisms and sunlight is a requisite for photosynthesis. A good example is the 2012 BP oil spill that killed thousands of marine animal species like birds, fish, turtles, and sea otters. About 12% of oil spills is from the oil that enters the ocean.

On a daily basis, sewages and wastewater are discharged into surface waters. Everyday human activities demand laundry, use of the toilet, and taking shower among other domestic water uses. All these necessities finally lead to waste and sewage water.

In developed worlds, the water is channeled through a sewer system to a central waste water collection point where the water is cleaned and treated then discharged into water bodies such as rivers, lakes, and oceans. As much as the water is treated and cleaned, it cannot be the same as fresh water.

In some developing worlds with poor waste water management systems, waste water, and sewages are not treated or cleaned. They are directly discharged into the sea or water bodies. As a result, it contaminates water bodies and threatens the survival of aquatic life or results to spread of waterborne diseases.

People sometimes dump material waste into water resources including rivers, lakes, canals, and oceans. Examples include food waste, paper waste, rubber, glass, metallic, and plastic waste. Depositing these foreign materials into the water leads to water pollution as they have the capacity to make physical and chemical changes to the water such as discoloration or temperature changes.

Dumping of material wastes into water also modifies some of the naturally occurring chemical and substances. For example, paper waste deposited into the water can take about 6 weeks to decompose. Other substances like aluminum take up to 200 years to decompose, and glass materials can take more than 200 years. When these materials are dumped into the waters, they cause extensive changes that in the long run ruin and even kill aquatic life forms.

There are cases whereby chemicals among other products or materials are stored underground. A classical example is liquid petroleum products stored in underground metal or steel tanks. Likewise, some sewer systems are channeled through underground tubes whereas underground pipelines are used to ferry liquids and gaseous chemical products.

After some period, the tanks, tubes and pipelines can begin leak due to rusting or cracks caused by tectonic movements. When this happens, the leakages contaminate the soils and gradually seep to neighboring waters or end up in aquifers that lead to ground water pollution.

6. Pesticides and Fertilizers: Farmers use pesticides and fertilizers to protect their plants from insects and bacterias. These chemicals when mixed up with water cause water pollution and pose serious effects to aquatic ecosystems as they flow down through rivers and lakes to oceans.

7. Leaking Landfills: A landfill site is a site for disposal of waste material by burial. They are not designed to break down trash, merely to bury it. When it rains, the leaking water from landfills filled with toxic contaminants may pollute the underground water.

8. Animal Waste: Animal waste is yet another source of water pollution. When it rains, the waste produced by animals is flown down through rivers and canals to oceans where it gets mixed up with other harmful chemicals. These toxic contaminants may cause serious effects on human health.

Also, most domestic home toilet wastes are predominantly emptied into underground septic tanks. In the septic tank, biological processes break down the liquid materials from the solids. From this point, the liquid material seeps into the ground to adjacent waters or end up in aquifers thereby causing ground water pollution.