Thermal pollution occurs when water bodies are degraded in terms of altering their temperatures. Commonly, it happens when people or industries undertake activities that suddenly decrease or increase the temperature of natural water bodies which may include lakes, rivers, oceans or ponds. 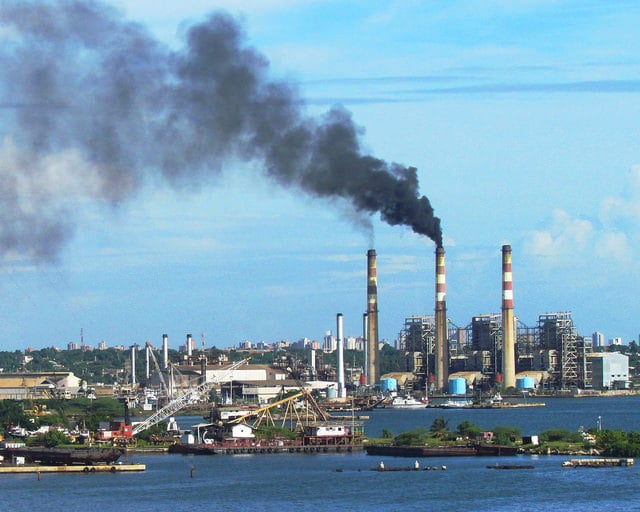 On this account, the alterations of natural water resource temperatures can have dire consequences on aquatic life and local ecosystems. Here are the leading causes of thermal pollution.

Power, production and manufacturing plants top at discharging lots of heat into nearby water resources. The operations of power generation and production emit lots of heat. So, to contain the amount of heat produced, factories and power plants draw water from the nearby water resources to maintain smooth operations after which the water is discharged back into the ocean at elevated temperatures.

Industrial effluents including drainage from research institutions, hospitals, sugar manufacturing companies, explosives, and nuclear experiments emit a lot of un-utilized heat and traces of heat absorbing materials into neighboring water resources. This results in raised temperatures of the water bodies along with severe drops in the levels of dissolved oxygen. The result is the death of several fish and other aquatic life forms.

Discharge of domestic sewage into lakes, rivers, streams or canals is a common phenomenon in many regions of the world. As a matter of fact, they are frequently discharged with minimal treatment or without treatment at all. Nonetheless, most people don’t know that sewage water has a higher temperature than the receiving water.

This is normally because of the organic load present in the waste water. When discharged into water, as it is predominantly the case, it alters the receiving water temperature which leads to a reduction of dissolved oxygen content and increased anaerobic conditions. Eventually, it results in death of various forms of aquatic life.

During hot days and months, urban surfaces including parking lots, macadam roads, and sidewalks usually heat up by absorbing the thermal radiation from the sun. When it rains, the urban stormwater runoff absorbs the heat and discharges it into the nearby sewer systems and water bodies.

Forests and vegetation cover is responsible for reflecting back and absorbing the sun’s heat. Besides, it also cushions against the accumulation of intense heat on rivers, ponds, canals, and lakes. Thus, deforestation leaves the water sources directly exposed to sunlight and permits intense sun’s heat that would have otherwise been absorbed by trees or vegetation cover to accumulate in water sources.

Thermal pollution can as well be realized as a result of soil erosion. This is because continued soil erosion causes siltation and sedimentation thus raising the water levels which enlarges the surface area of the water exposed to sunlight. The more the exposure to sun’s heat, the higher the water temperatures become. Streamside erosion may also remove vegetation cover along the streams further exposing the water to the sun’s thermal radiation. The high temperatures can have destructive effects on the aquatic community.

Sometimes the generation of hydroelectric power leads to negative thermal loading in water resources. The power generation process, the turning of steam heated turbines, heats up the water and dumps it back into the receiving water at higher temperatures. As an outcome, it might alter the diurnal and seasonal activities as well as the metabolic responses of organisms in the water resources used to generate power.

Geothermal activity and active volcanoes below the oceans and seas can induce natural underground heating of the water bodies. Hot rocks and active lava have the potential of heating and raising water body temperatures. The rise in temperatures merely translates to significant detrimental impacts on the marine life and the environment in general.