Soil pollution takes many forms and is equally a serious matter in the contemporary society. Soil pollution takes place when the soil is contaminated by chemical pollutants or degraded. It happens when human activities directly or indirectly introduce destructive chemicals, substances, or objects into the soil in a way that causes damage to the immediate earthly environment. As a consequence, soil losses its value regarding natural chemical and nutrients compositions. Soil degradation occurs as a result of over-grazing or over-farming. There are several primary causes of soil contamination and degradation. Here are some of the elements resulting in soil pollution. 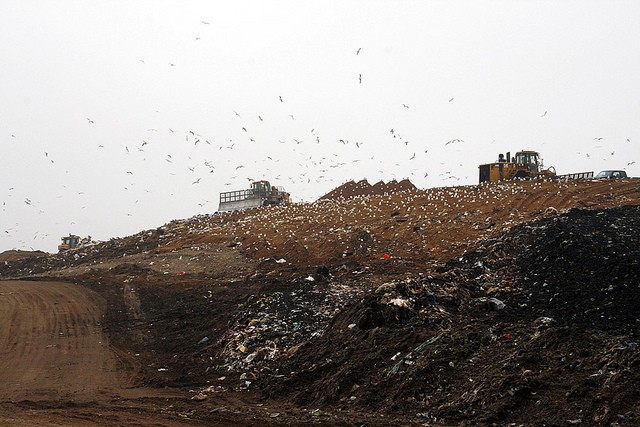 The fundamental need to improved crop productivity and attaining food security has been a significant promotional agent for utilization of modern chemical pesticides, fertilizer, and herbicides. These perceived beneficial crop productivity products are full of unnatural chemicals thereby making it difficult for them to decompose.

Accordingly, they leach into the ground after mixing with water and gradually diminish the fertility and biological activities of the soil. Other chemicals present in the products can destroy the soil composition and readily makes it vulnerable to soil erosion. The herbicides and pesticides are also absorbed by the plants that later release the chemicals into the soil when they decompose.

Waste disposal is a mounting cause for worry regarding how it is done. In many places, solid and material wastes are left to heap up in landfills. As such, the chemicals and toxic materials present in the wastes pollute the soil. Consumer wastes and sewerage are some of the main waste materials causing soil pollution.

A large number of consumer waste products such as broken electronics, metals, plastics, and diapers are directly dumped into landfills. The end products of the sewer also end up in landfills. Also, cases of illegal dumping of chemicals have witnessed disposal of highly poisonous materials in landfills. Because these wastes contain toxins and a mix of chemicals, they majorly seep into the land and causes soil pollution.

Altogether, the leaks and spills lead to the discharge of the petroleum oil chemicals into the soil causing the deterioration of soil quality and make it unfit for cultivation. The chemicals can leach into the groundwater further widening the cycle of pollution.

Foundry and manufacturing activities are perceived to be the prevalent causal factor for soil pollution in the past century. Particularly, it is because of the amount and rate of manufacturing processes that rapidly increased as consumer demands also increased.

Industries utilize a variety of raw materials that generates tons of chemical residues and toxic end products. The leftovers such as petroleum byproducts, heavy metals, toxic material parts, chemical residues, and liquid contaminant wastes in one way or the other find a way into the landfills or may be buried in ways not considered safe in some free land somewhere.

As an outcome, the contaminant and poisonous wastes from the industries remain on the soil surface for thousands of years and make it unfit for any other use.

Acid rain is created when pollutants in the air chemically react with water and oxygen to form weak nitric and sulfuric acids which fall back to the ground as precipitation. Once on the ground, it penetrates into the soil and alters the soil chemistry, biology, and structure. It alters the soil in the sense that the acid rain reverses the soil pH, denatures enzymes for the soil microbes, and leaches away crucial nutrients and minerals.

Underground sewer systems at times leak when they crack. Pipelines may also burst or crack due to rusting or natural underground rock movements. When this happens, the chemical and toxic contents are discharged into the adjacent soils leading to its pollution. Leaking sewers, for instance, can breed trihalomethanes such as chloroform in the soil. Underground tanks containing potentially poisonous liquids can also leak and contaminate the soil.

In most urban areas, wastes and chemicals handled at construction sites can pollute the soil. Construction activities are considered to be urban soil pollutants because of their presence in almost every place in urban areas. The handling of various hazardous building materials like lead paints is the cause of soil pollution.

An example is the accumulation of perchlorate in the soils in arid environs. Under certain environment conditions and natural processes, perchlorate is formed in the soil. In such conditions, perchlorate is created in the presence of metallic mineral components and chlorine by utilizing the energy produced by thunderstorms. These aspects qualify as some of the natural causes of soil pollution.