What is Plate Tectonics?

Plate tectonics defines the movements and features of the Earth’s surface now and in the past. The theory of plate tectonics was advanced in the 1960s and 1970s to generate new information about the Earth’s ancient magnetism, the nature of the ocean floor, the flow of heat from the Earth’s interior, and earthquake and volcanic distribution with the main aim of explaining how the earth works.

Accordingly, it is frequently referred to as the unifying theory of geology. The theory says that the Earth’s outer shell, the lithosphere, is divided into seven large and rigid plates or pieces including the North American, African, Eurasian, Antarctic, Pacific, South American, and Australian plates. There are also several minor plates such as Nazca and the Philippines plates.

The plates are believed to be in constant motion in different directions and at varied speeds in the range of 2 to 10 centimeters per year relative to each other. As the plates move, they at times pull apart, crash together, or slightly strike the sides of each other. The regions where two tectonic plates meet are termed as the plate tectonic boundaries. 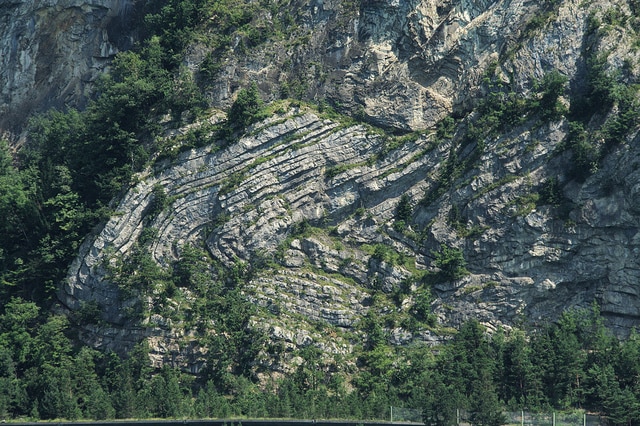 “Plate tectonics (from the Late Latin tectonicus, from the Greek: τεκτονικός “pertaining to building”) is a scientific theory describing the large-scale motion of Earth’s lithosphere. The theoretical model builds on the concept of continental drift developed during the first few decades of the 20th century. The geoscientific community accepted plate-tectonic theory after seafloor spreading was validated in the late 1950s and early 1960s.”

There are various basic principles underlying the theory of plate tectonics. The fundamental principles include: the plates; the Wilson cycle; convection; the lithosphere and the astehnosphere; and the plate tectonic boundaries.

This constitutes the earth’s outermost layer, the crust and the upper mantle. The lithosphere plate is predominantly solid consisting of dense rock made up of nickel and iron in the form of silicate rocks. The asthenosphere plate is mostly plastic like fluid due to its nature of high viscosity and mechanical weakness. The differences in these two sub-layers of the earth’s crust are because of their mechanical properties, temperature, and the manner of heat transfer.

This is the principle stating that the Earth’s outer shell is composed of several different hard and rigid plates including the North American, African, Eurasian, Antarctic, Pacific, South American, and Australian plates. There are also several minor plates such as Nazca, Arabin and the Philippines plates. These plates are conceived to be in constant motion.

Due to the heating of the materials in the earth’s core, they become less dense and rise up towards the mantle. As it rises higher it cools down and becomes denser then begins to sink. This cycle of heating and the rising and falling of the rock materials within the earth’s interior brings about the convection currents.

The divergent boundaries are formed as a result of the plate pulling apart of each other. Typically, it takes place when the plates move away in opposite directions. Along the boundaries, it is common to find geysers spurting superheated water or lava spews. The process widens the giant basins and renews the ocean floor. Occurrences such as earthquakes and volcanic activities are frequent along the divergent boundaries (rift).

The rift causes magma, molten material, below the earth crust to rise to the surface and can either ooze up to the surface to form igneous rocks at the edges of the plates or may erupt to form volcanic mountains. As the magma solidifies, it hardens into hard basalt rocks thus creating oceanic crust at the ocean floor, a common feature at divergent boundaries. The Great Rift Valley in Africa where plates pull apart is an example of a divergent boundary on land.

The convergent boundaries are formed as a result of the plates crashing together. The resultant impact at the time when the two plates collide ends up forming a rugged mountain range and at times the edge of one or both plates bends the other down into a deep seafloor trench.

The Mariana Trench in the North Pacific Ocean is an example of a deep seafloor trench. A series of volcanoes frequently occurs parallel to the boundary and the trench. Also, strong earthquake waves covering a wide area are experienced on both sides of the boundary. Whenever oceanic crust tops one of the colliding plates, it sinks down the mantle where it starts to melt due to the high temperatures.

This occurrence is known as subduction. Magma over onto the other plate and solidifies into new crust as granite. Hence, continental crust made of granite is created at convergent boundaries while the oceanic crust is destroyed.

The rocks within the boundary are completely destroyed as the plates sideswipe against each other, forming an undersea canyon or a linear fault valley. Also, as the plates slide past each other coupled with the jumping and jamming, strong earthquakes shake through an extensive boundary zone. No magma is ejected in divergent boundaries thus the crust is simply broken and cracked at the transformed margins but not destroyed or created.

In this view, transform boundaries don’t produce striking features like oceans or mountains but often triggers far-reaching earthquakes. An example of transform boundary is the San Andreas Fault in California.