If you take a look at a map of the earth today, you will see the current locations of broken land masses that constitute the earth. However, would you believe if someone told you that these broken land masses were once connected to each other as one huge supercontinent?  Well, this claim was made in the 90’s by Alfred Wegener, a German polar researcher, meteorologist and geophysicist who died in 1930.

Wegener’s theory of continental drift states that the existing continents of the earth were once glued together forming a super landmass. Over time, the landmass broke and drifted away and is still drifting to this day. In his proposal, he stated that the super content, which he named Pangaea, meaning ‘’all earth” once existed. The supercontinent was surrounded by water bodies, mainly oceans, and seas. 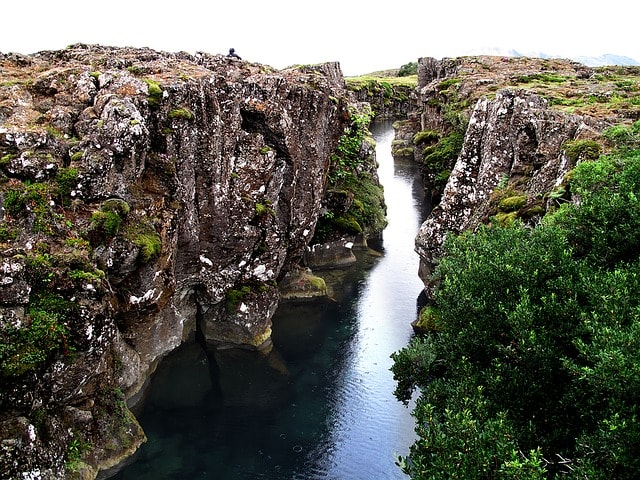 The causes of continental drift are perfectly explained by the plate tectonic theory. The earth’s outer shell is composed of plates that move a little bit every year. Heat coming from the interior of the earth triggers this movement to occur through convection currents inside the mantle. Over the course of millions of year ago, this gradual movement caused the once combined supercontinent to separate into 7 continents you witness in the present day.

Almost all plate movement occurs in boundaries which lie between different plates. When plates drift away from each other, there is formation of new crust at divergent boundaries.  On the other hand, tectonic movement destroys crust during interaction of the plates. Destruction happens when one plate moves below the other at convergent boundaries. However, the crust is never destroyed when plates move past one another horizontally at transform boundaries.

Continental drift has impacted the universe in many ways.  It has affected the global climate, the world’s geographical positions and the evolution of animals. Continental drift also comes along with grave effects such as Volcanoes, Earthquakes, and Tsunamis. Through the theory of continental drift, humans have been able to figure out how the earth’s crust moves and the causes of volcanoes, earthquakes, oceanic trenches, formation of mountain ranges and other geological occurrences.

Fossils of creatures and plants discovered on different continents helped to him push his case that the continents were once locked together before breaking up and drifting away. Some of the fossil evidence discovered on the continents includes mesosaurus, lystosaurus, cygnognathus and glossopteris.

Mesosaurus are fossils originating from aquatic freshwater reptiles. These reptiles lived in freshwater bodies such as lakes and rivers. If you take a look at the map before the continents drifted away, you find that Mesosaurus is located in the southern parts of Africa and North America. If you look at the current map after the continents drifted away, you find that North America and Africa are far away from each other separated by the Atlantic Ocean.

So, his theory is proved by the fact that the freshwater reptiles could not swim across the ocean waters, hence, their distribution on every continent. The discovery of fossils on different continents indicated that the continents were once together before they drifted away.

So, technically, the creature would not have traveled through the ocean to get to the next continent. The distribution of these reptiles in different continents proves that these separate land masses were once together before splitting. On top of that, Lystrosaurus is situated in Antarctica, India, and Africa according to the modern map. Again, for this creature to swim from Africa to Antarctica would have been impossible. So, the fact that these organisms could not swim through the vast water bodies helps to substantiate the fact that the continents were once together to allow distribution of these organisms in various continents where their fossils were found on.

Wegener specifically used rock composition and mountain ranges to provide evidence of continental drift. He provided evidence that mountain ranges occurring on opposite continents matched up pretty well when brought together. This perfect aligning of mountain ranges indicated that the continents were once together. For example, if you take the mountains ranges of North America and Europe, they align perfectly well. Mountains are typically formed when two opposite land masses collide with each other triggering the rock found at the point of collision to fold or bulge upwards.