What is a Rock?

Rocks ordinarily lie everywhere on the ground of the earth. They constitute most of the landforms, as we often notice. For instance, rocks make up the mountains and most of the non-water portions of the earth’s surface. A rock is hence defined as a solid naturally occurring mass or lumps of consolidated mineral matter that make up the earth’s crust and it’s interior. Rocks are made up of granules of different minerals that consolidate together to form bigger and hard masses.

In simple terms, a rock is made up of two or more minerals that are compacted together and can also contain organic compounds. Rocks occur in different shapes, colors, weights, strengths, sizes, and texture. Rocks also change from one form to another and differ from one region to another because they undergo a rock cycle. These changes usually take thousands or millions of years. Rocks are also mainly porous or non-porous in nature. 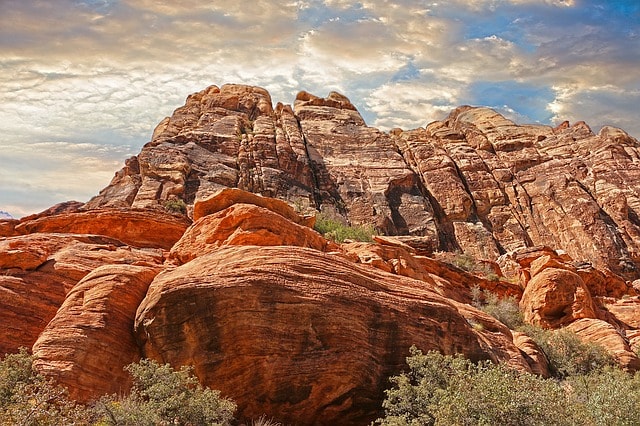 Rocks formation takes different processes. Their formations are classified according to the rock types since the processes involved normally results in a characteristic relationship between the mineral grains. Based on the rock formations, there are three basic classes which include igneous, sedimentary, and metamorphic.

Igneous rocks form from the cooling of magma – molten materials in the earth’s crust. From the terminology itself, igneous means from fire or heat. Molten materials are found below the earth crust and are normally subjected to extreme pressure and temperatures – up to 1200° Celsius. Because of the extreme heat levels, igneous rocks do not contain organic matter or fossils.

The molten minerals interlock and crystallize as the melt cools to form solid materials. In the long-run, the melt forms a cool hard rock made up of crystals with no open spaces and don’t exhibit any desirable grain alignment. The rocks may be made up entirely of one mineral or various minerals, and their sizes are determined by the cooling process.

Sedimentary rocks are secondary formed materials since they are made up from the buildup of weathered and eroded pre-existing rocks. In precise, sedimentary rocks are formed from sediment deposits. Every rock grain initially separated from other rocks. Tiny debris from rock masses and eroded mountains together with soils, sand, and other granite pieces are normally washed from highlands to low areas.

After many years, these materials finally settle down through the process of sedimentation. Some may accumulate under water and others on the lower areas of the land. As the materials move, they are smoothened and rounded by abrasion, and they settle down by leaving pore spaces between the grains which make them achieve their distorted shape.

The compaction effect due to the weight of the piling layers of materials reduces the porosity of the rocks formed and intensifies the cohesion between the grains. At times, fossil fuels and organic matter may settle within the sediments leading to cementation. Cementation is the gluing of the rock pieces together either by salt compounds or organic matter.

Metamorphic rocks form out of other rocks. They are predominantly sedimentary or igneous rocks that have undergone changes as a result of extreme pressure and heat. The name defines the formation whereby ‘meta’ means change and ‘morph’ means ‘form.’ Large tectonic movements and magma intrusions create earth movements and subsequently cause the rocks to move and shift.

In turn, the movements subject other rocks to extreme pressure and heat which contributes to changes and assemblage of some minerals. The changes typically modify the rock’s crystal type and sizes and may also subject the rocks to further radical changes. Metamorphic processes come about at heats between 150° and 795° Celsius.

Heat from magma and the heat from friction along fault lines is the major contributor of heat that brings about the rock changes. Even though the rocks do not actually melt, some mineral groupings redistribute the elements within the original minerals to form new forms of minerals that are more stable at the new temperatures and pressures. As a result, the original rocks are transformed into metamorphic rocks.

The Process of Rock Cycle

This processes of erosion by wind and water is referred to as erosion and transportation weathering. The rocks ejected from beneath the earth by the tectonic forces are known as igneous rocks. The rocks that are eroded are carried by wind or moving water until they deposited in other regions where they settle in layers. Here, they are squeezed subjected to pressure by the overlying weight to form sedimentary rocks. This process is termed as compaction and cementation.

Rocks and debris continue to pile in layers until pressure and heat changes the underlying layers to form metamorphic rocks. What’s more, eroded rocks may continue to press and squeeze into sedimentary rocks as the transformations due to pressure and heat take place. Due to plate tectonic activities, the rocks on the surface sink down the earth and are buried where they melt because of the heated molten materials.

This process is known as subduction and burial. When these materials rise to the higher surfaces above the molten materials or rejected through the same plate tectonic processes, they cool down and recrystallize into igneous rocks. This process is termed as cooling and crystallization. So, the pushing up and formations of igneous, sedimentary, and metamorphic rocks by the tectonic forces describes the rock cycle.