What are Igneous Rocks?

They are simply the rocks formed through heating then followed by cooling. The heated material is the molten rock which is made up of partial or complete melting of previously existent rocks in the earth’s crust that are consistently subjected to intense heat, high pressure changes, and alterations in composition.

“Igneous rock (derived from the Latin word ignis meaning fire) is one of the three main rock types, the others being sedimentary and metamorphic. Igneous rock is formed through the cooling and solidification of magma or lava. Igneous rock may form with or without crystallization, either below the surface as intrusive (plutonic) rocks or on the surface as extrusive (volcanic) rocks.” 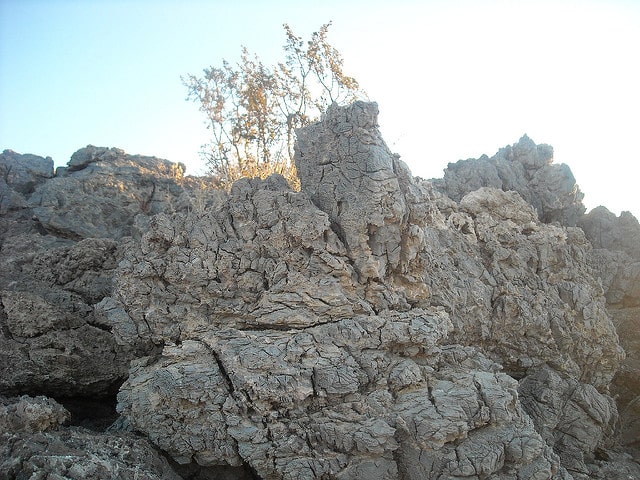 Molten materials are found below the earth crust and are normally subjected to extreme pressure and temperatures – up to 1200° Celsius. Because of the high temperatures and pressure changes, the molten materials sometimes shoot up to the surface in the form of volcanic eruption and they cool down to form volcanic or extrusive igneous rocks.

Alternatively, some of the molten materials may cool underneath the earth surface very slowly to form plutonic or intrusive igneous rocks. It is because of the extreme heat levels and changes in pressure that igneous rocks do not contain organic matter or fossils. The molten minerals interlock and crystallize as the melt cools and form solid materials.

In the long-run, the melt forms a cool hard rock made up of crystals with no open spaces and don’t exhibit any desirable grain alignment. The rocks may be made up entirely of one mineral or various minerals, and their sizes are determined by the cooling process. Rapid cooling results in smaller crystals while slow cooling results in large crystals.

Granites are the light-colored and coarse-grained igneous rocks. They are intrusive rocks and they contain three major minerals including feldspar, mica and quartz. They appear pinkish, gray or tan depending on the grain sizes and concentrations and grain sizes of the three minerals. Granites are often used in construction activities because of its strength and presence in great quantities.

Gabbros are the dark-colored and coarse-grained igneous rocks. They are intrusive rocks and they are made up of mineral elements including pyroxene, feldspar, and sometimes olivine. They appear grey in color with minute dark spots all over them.

Basalts are the dense dark-grey colored and fine-grained igneous rocks. They are extrusive and are chiefly composed of plagioclase and pyroxene. They are the commonest type of solidified lava. Basalts are also frequently used in building and construction.

Diorites are the coarse-grained igneous rocks just like the Gabbros and Granite. They are intrusive and contain a mixture of minerals including hornblende, pyroxene, feldspar and sometimes quartz. They appear light-colored with some dark spots.

Andesites are light grey-colored and fine-grained igneous rocks. They are extrusive rocks which are mainly made up of plagioclase minerals mixed up with biotite, pyroxene, and hornblende.

Obsidians are the dense dark-colored and smooth igneous rocks. They are the granitic or volcanic glass formed by the rapid cooling of lava without crystallization. Obsidians usually appear dark, but transparent in thin pieces.

Pegmatite is a form of igneous rock consisting of extremely coarse granite resulting from the crystallization of magma rich in rare elements. Pegmatite is light-colored and often contains rare minerals that are not present in other parts of the magma chamber.

Peridotite is a dark coarse-grained igneous rock consisting principally of olivine. It is an intrusive rock and may also contain some small amount of minerals such as feldspar, quartz, amphibole, pyroxene, or quartz.

Rhyolites are light-colored and fine-grained igneous rocks. They are extrusive igneous rocks and they are typically composed feldspar and quartz minerals. They often have a smooth surface.

Welded Tuffs are extrusive igneous rocks made up of the materials discharged during a volcanic event. The discharged materials fall on the earth surface after which they lithify into rocks. Welded Tuffs are mostly composed of volcanic ash and at times include large size pieces such as clinkers.

Fire opals are the igneous rocks that are flaming orange or yellow and red in color. At times they are found in rhyolite and are categorized as one of the most spectacular igneous geological rocks. They are formed long after the cooling of rhyolite whereby silica-rich ground water moves into the rocks and sometimes deposit gems such as topaz, agate, opal, jasper, or red beryl in the rock’s cavities.

Scoria is a dark-colored vesicular and porous like igneous rock. It is an extrusive rock and the vesicles or porous like composition is due to the gas trapped within the melt during cooling and solidification. Scoria usually forms as a bubbling crust on top of the lava as it flows down from the volcanic vent and eventually solidifies with some air trapped inside.