Overview of The Earth

The earth is technically the 3rd planet from the sun between Venus and Mars and has an equatorial diameter of 12,755 kilometers (7926 miles) and a polar diameter of 149.6 million kilometers (92.9 million miles). The earth is in a constant state of motion as it revolves round the sun, which takes a period of 365.26 days. Most of the earth is covered with water which makes it unique and enables life to exist.

The earth is made up of several layers and each has unique properties, characteristics, composition and affects the inner processes of the earth differently. The layers are from the exterior to the interior and are largely grouped into four including: the crust, the mantle, the outer core, and the inner core. 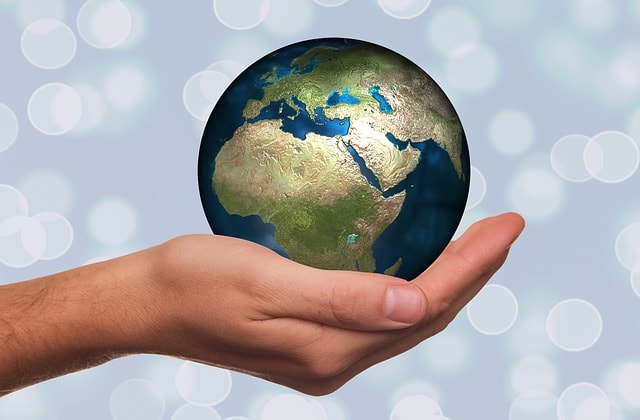 According to Universe Today,

Different Layers of the Earth

The earth’s crust is the outmost and first layer of the earth. It is the hardened part of the Earth with a depth of about 5 to 70 kilometers (~ 3 to 44 miles) and makes about less than 1% of the entire Earth’s volume. The earth crust is split up into two parts: the oceanic crust and the continental crust.

The rocks in the continental crust are estimated to be about 3.9 billion years old. The average density of the oceanic crust is 3g/cm while the average density of the continental earth is 2.7g/cm. The crust temperature is approximately 200 to 400 degrees Celsius.  The Earth crust is also always in constant motion and as such, it is the layer where tectonic plates are found.

The mantle sits on top of the outer core and is the second layer of the Earth. It is by a considerable margin the densest layer of the earth, approximately 2900 kilometers deep (1800 miles). For this reason, its volume is about 84% of the earth.

The asthenosphere is hotter than the lithosphere because it is nearer to the core. There are continuous convectional currents in the mantle that makes it move due to the heating of the lower mantle. As the bottom part of the mantle gets heated, it rises and cool down then pushed down again because it is denser and the processes keeps on repeating itself brining about the mantle movements. These convection currents are what cause the plates to move.

The outer core liquid and is conceived to be composed of about 80% of iron together with nickel. The outer core is liquid because it is not under enough pressure despite the fact that it has the same composition to that of the inner core. It is the layer that follows immediately after the mantle and has very high temperatures, up to about 4400 degrees Celsius.

The thickness of the outer core is about 2890 kilometers (~1800 miles). Due to its high temperature, it exists in a low viscosity fluid-state that constantly experiences turbulent convection and faster rotations than the rest of the earth. Geologists believe this causes eddy currents that create a dynamo effect, consequently influencing the Earth’s magnetic field.

Perhaps this is the reason the outer core’s magnetic field is estimated to be 50 times more powerful compared to the magnetic field on the Earth’s surface. The density of the core is approximated to be in the ranges of 9,900 to 12,200 kg/m3 and it is the second hottest after the inner core.

The inner core is solid and the second thinnest layer of all the different layers of the earth. It is also the farthest from the earth’s surface. It is solid due to the pressure from the layers around it that put weight on it. Similar to the outer core, the inner core is mainly made up of iron and nickel and has an approximate thickness of between 5159 and 6378 kilometers (3200 and 3960 miles).

The density of the inner core is approximated to be in the ranges of 12,600 to 13,000 kg/m3 which according to geologists may mean that there are substantial amounts of heavy elements such as gold, palladium, silver, platinum and tungsten.  The inner core is extremely hot with temperatures as high as 5500 degrees Celsius. The overlying pressure is what keeps the iron and other heavy materials in solid state even irrespective of the high temperatures since their melting point increases with increase in pressure.