What is a Season?

Seasons are changes in weather conditions. A season can be defined as the distribution of a calendar year into phases that are marked by changes in temperature, precipitation, vegetation and duration of day and night. The seasons are linked with the position of the Earth in relation to the sun.

The Seasons are generally divided into spring, summer, autumn and winter, although there are exceptions in areas like the North Pole and South Pole regions. The Equatorial and tropical areas have a long spell of rainy season- known as the monsoon season. The places near the equator do not normally have a winter season. Activities like agriculture are season dependent to a great extent.

“A season is a division of the year marked by changes in weather, ecology and hours of daylight. Seasons result from the yearly orbit of the Earth around the Sun and the tilt of the Earth’s rotational axis relative to the plane of the orbit. In temperate and polar regions, the seasons are marked by changes in the intensity of sunlight that reaches the Earth’s surface, variations of which may cause animals to go into hibernation or to migrate, and plants to be dormant.” 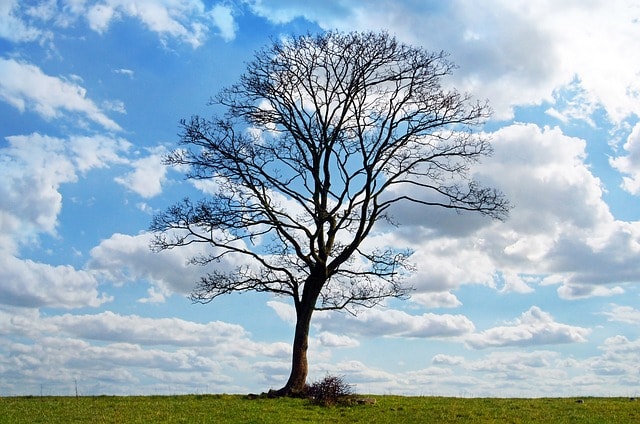 There are number of factors that are responsible for the formation of seasons.

The earth is in a constant motion. There was a time when it was believed that the earth was fixed or stationary and the sun moved around the earth. This was the view of Claudius Ptolemy (AD 100 – c. 170) and known as the geocentric theory. According to this theory, the earth is the center of the solar system.

The earth moves around its own axis and around the Sun. This was what Nicolaus Copernicus a Polish astronomer (1473-1543) proved to the world, in the midst of criticism from the church. He argued that the Sun is stationary and at the center of the solar system, and the Earth is in motion. This is the heliocentric system. It is also known as the Sun-centered, system.

The earth rotates on its own axis causing days and nights. It is a fixed path on which the earth rotates although there is no such line in reality. It is an imaginary line like the equator which divides the earth into two equal halves.

For all practical purposes and for studying the solar system we imagine this line as going through the north pole and south pole. The earth moves around the sun but it has one pole constantly tilted towards the sun. Thus the axis of the earth is known to be tilted or elliptical. When something is elliptical it is to a certain degree inclined towards the object around which it orbits.

A number of earth movements are responsible for the change in weather or in forming the seasons. The earth goes around the sun in an elliptical path. This means that at one particular point of time the sun s closest to the earth. This is the perihelion. The earth reaches its perihelion, after the winter solstices (December). This is the winter season in the northern hemisphere. The earth is farthest from the sun after the summer solstice (June).  This is the aphelion of the earth. This is when the northern hemisphere experiences summer.

Due to the inclination of the earth, all portions of the earth do not receive the same amount of sun’s rays. On the 21st of March and 22nd of September the sun’s rays fall directly on the Equator. During this time neither the North Pole nor the South Pole are tilted towards the sun. As a result, the days and nights all over the earth are equal. 21st March is the Spring Equinox, and 22nd September the Autumnal equinox.  Spring is characterized by mild weather, with cool days and nights.

From 21st June onwards, the northern hemisphere slowly moves towards the sun and the rays fall directly on the tropic of Cancer, 23°N.  As a result, places to the north of the tropic of Cancer, receive more sunrays leading to longer days and shorter nights. This is the Summer Equinox. This is the onset of Summer. The conditions are reversed in the Southern Hemisphere, where the days are short and nights long. It is the Summer Solstice. 21st June is the longest day in Northern hemisphere and the Southern hemisphere has the longest night.

As the earth moves away from the sun days start becoming shorter and nights longer. On 23rd September, the Autumnal Equinox, days and nights are again equal throughout the world. The season of autumn or fall begins.