The Pacific is the largest ocean on Earth, discovered by Ferdinand Magellan. This huge mass of water is stretching from the Arctic to the Southern Ocean from the Bering Sea in Alaska to the Ross Sea in Antarctica. It binds with the Atlantic Ocean through the Bering Strait in the north and south across the Drake Passage and the Strait of Magellan. To the west Asia and Oceania, and east to the Americas.

In simple terms, the Pacific Ocean is twice bigger than the Atlantic and also contains twice the volume of water it: 714 million cubic kilometers. It occupies an area of ​​about 161,760,000 square kilometers (approximately 63.8 million square miles) and includes the Bali Sea, Bering Sea, the Gulf of Alaska, the Gulf of Tonkin, the Coral Sea, the East China Sea, the Philippine Sea, the Sea of ​​Japan, the South China Sea and the Tasman Sea. 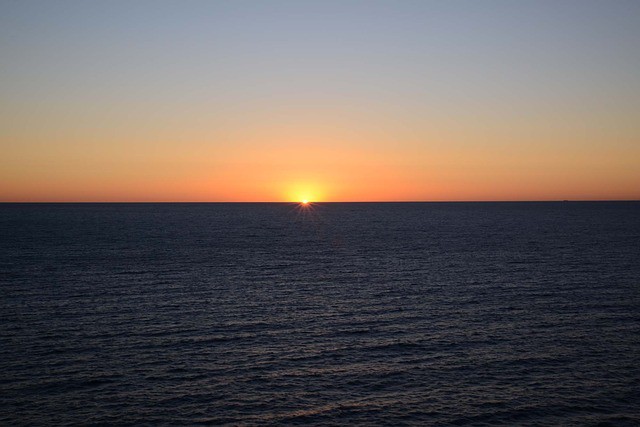 The salinity of ocean water is very variable, and depends on three factors:

It is considered that high salinity values ​​correspond to more than 35 parts per thousand or 3.5 percent and low values, less than 3.5 percent, are low salinity levels. In this case, the lowest salinity is perceived in the northern areas End of the Ocean (3.2 percent) and the highest occurs in the southeast, where the water reaches up to 3.7 percent. A greater amount of rainfall, lower salinity and increased evaporation, higher salt concentration.

The temperature of the Pacific Ocean is given in relation to the “layers” of water. Each has a different temperature, therefore, the lower layers are obviously colder. The surface layer, which is between 300 and 900 meters wide, contrasts to the temperatures of the deepest layer, which may be near freezing. Average temperatures range are between -1.4 ° and 30 ° Celsius, the latter present in areas close to Equator. In general, the North Pacific is warmer than the South Pacific.

22 Interesting Facts About the Pacific Ocean

Climate of the Pacific Ocean

Only the interiors of large masses of Australia, New Guinea, and New Zealand escape the climatic influence of the Pacific. In the Pacific area, there are five zones or different climatic regions:

Anti-trade winds occur in middle latitudes, north, and south of Equator, and carry marked seasonal changes in the northern and southern latitudes. Closer to Equator, where most of the islands are, the constant trade winds carry relatively constant temperatures throughout the year 21-27 degrees Celsius.

The region is far monsoon in the western Pacific, including Japan and Australia. The characteristics of this climatic region are winds that blow from the continental interior to the ocean in winter and in the opposite direction in the summer. Consequently, a marked station clouds and rain occurs. Typhoons often cause extensive damage to the west and southwest Pacific. The greatest frequency of typhoons exists in a triangle that goes from southern Japan to the central Philippines in the eastern Micronesia.

Pacific contains significant oil and gas and its waters are home to thousands of major edible species in the fishing industry. It is also a source of minerals, sand, and gravel for the construction industry. In 1996, approximately 60 percent of the fishing was done in the Pacific Ocean and now fuel reserves contained there have an essential role in the energy supply of the countries bordering its waters.

Navigable waters are used to provide transport services east to west, and strategic navigation routes are in Taiwan, Singapore and the area known as the Torres Strait, located in Oceania.