Pacific Ocean is the largest ocean in the world in terms of weight and depth. It covers more than one third of the surface of the Earth and contains more than half of its volume of water. It is usually done, artificially, a division from the line of Equator: the North Pacific and the South Pacific.

It was discovered in 1513 by the Spanish Vasco Nunez de Balboa, who called it the South Sea, after crossing the Panama Isthmus of Darien. The current name was given by the Portuguese navigator Ferdinand Magellan in 1520, during the first round the world performed the service of the Spanish crown by the Spanish Juan Sebastian Elcano. 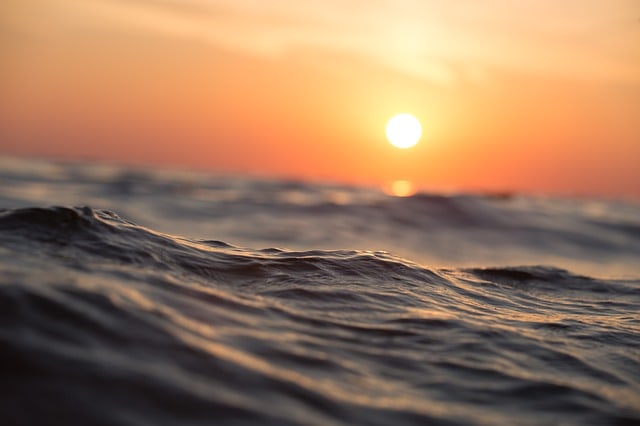 Being the largest ocean in the world, Pacific washes the shores of many continents:

In addition to the bordering seas extend its irregular western edge, the Pacific has an area of about 165 million km², more than the entire land surface. It has a maximum length of 15,500 km from the Bering Strait to Antarctica and a maximum width of about 17,700 km from Panama to the Malay Peninsula. Its average depth is 4,282 m, while the maximum is known point in the Mariana Trench, at the height of Guam, with 11,034 m deep.

The Pacific is the oldest ocean basin. According to the dated rocks, it is about 200 million years old. The most important features of both the basin and the continental slope have been configured according to phenomena associated with plate tectonics.

Along the eastern Pacific ridge, lava rock rises from the Earth’s mantle and crust form on the plates on either side of the dorsal; these plates, which are huge segments of the Earth’s crust are forced apart, so they end up colliding with the continental plates on their outer edges. Given this tremendous pressure, the continental plates fold forming ridges and then sink deep trenches are creating subduction zones, where the crust returns to the mantle from which it came. The pressure generated in the areas of folding and subduction cause is the cause of earthquakes and volcanoes, and to the edge of the Pacific basin name ‘Ring of Fire‘.

Pacific’s coastal shelf extends around 180-200 m of depth. It is quite narrow throughout the South and North America. However, it is relatively wide in Australia and Asia.

The East Pacific is a mid-ocean ridge extending in the longitudinal direction, some 8,700 km from the Gulf of California to a located about 3,600 km west of the southern tip of South America point, and rises with an average height about 2,130 m above the ocean floor.

The Pacific Ocean contains many islands, divided in different groups:

The driving forces of the ocean currents are the rotation of the Earth, air friction with the water surface and variations in the density of sea water due to differences in temperature and salinity. The interaction between winds and currents affects climate special form and will be studied for long-term weather forecasting and maritime navigation.

The current model consists of North Pacific movement or circular two vortices system. In the northern hemisphere, the subarctic turn is made in the opposite direction to clockwise, encompassing the subsidiary flow westward stream Alaska and the Eastern Subarctic flow of current.

However, the mass of water in the North Pacific is dominated by a north central cell circulating in the sense of clockwise and includes the North Pacific Current, flowing east, the California Current to the east and current Kuroshio, or Japan Current, which moves towards the north to reach the shores of Japan. The California Current is cold, long and slow moving, while the Kuroshio is warm, close, fast, and like the Gulf Stream. Next to Equator, 5° latitude, the flow eastward equatorial counter current systems separates the North Pacific and the South Pacific but carries most of its waters to the North Equatorial Current.

The South Pacific is dominated by the movement in the counter-clockwise, the central cell south, which includes the South Equatorial Current in its movement toward the East and South, the current South Pacific to the west and Humboldt current northward direction parallel to South America.

The Antarctic Circumpolar Current is located at the southern end, the most important source of deep ocean circulation in giving back to Earth and meeting the waters of the Pacific, Atlantic and Indian Oceans. The long and cold running of Peru, or Humboldt, who turns northward along the coast of South America and distributes its waters to the South Equatorial Current.

The important system of winds from the Pacific Ocean constitutes two equal belt currents that are blowing west to east between 30° and 60° latitude, one in the northern hemisphere and one in the south; its direction varies depending on the seasons. The unpredictable movement westerly of the north-central Pacific, which has given rise to the current El Niño, catastrophic effects, is being studied for their influence on global climate.

The constant trade winds are flanked by westerly winds and blowing from the east in the northern hemisphere and from the west in the southern hemisphere. Strong tropical storms, called typhoons in the western Pacific and hurricanes in the southern and eastern Pacific, originate in the belt of the trade at the end of the summer and early autumn months. In the high latitudes of the Pacific, the winds have a small effect on climate and ocean currents.

Most of the fauna and flora of the Pacific Ocean is concentrated along its margins. The waters are rich in nutrients from the Antarctic Circumpolar Current, rise to the surface in the Humboldt Current along the coast of Chile and Peru, which contain relevant food resources. Seabirds feed on these banks anchovy, leading to the concentration of large amount of guano (droppings of these birds) that is used industrially.

The Northwest Pacific, including the Sea of ​​Japan and the Sea of ​​Okhotsk, is, on the other hand, one of the largest fisheries in the world. Coral reefs rich in marine fauna, reach their peak in the Great Barrier Reef, which stretches along about 2,000 km across the northeastern coast of Australia. Tuna is another important Pacific resource attracts fishing fleets around the world following the migrations of fish stocks.

Pacific has also begun to be exploited for its huge mineral resources. The continental shelves up to the coasts of California, Alaska, China and Indonesia, are known to have large oil reserves. The deep-sea exploration has revealed regions of the ocean floor covered with manganese nodules, the concretions of iron and manganese oxide of a medium size that sometimes also contain nickel, copper, and cobalt. Current research is studying the feasibility of mining these deposits.