The Indian Ocean is the third largest oceanic divisions in the world and covers one-fifth of the total ocean waters. It bounds the waters on the west of Africa, east of Malay Peninsula, Sunda Islands, Australia, south of Southern Ocean, and the north of Asia including the Indian peninsula. The Indian Ocean was originally named “Ratnakara” which means “creator of gems” from the Sanskrit language because of its trading history. There are various interesting facts about the Indian Ocean, however, its climate, islands, depth, location, and currents will be discussed furtherly to understand its unique characteristics and features. 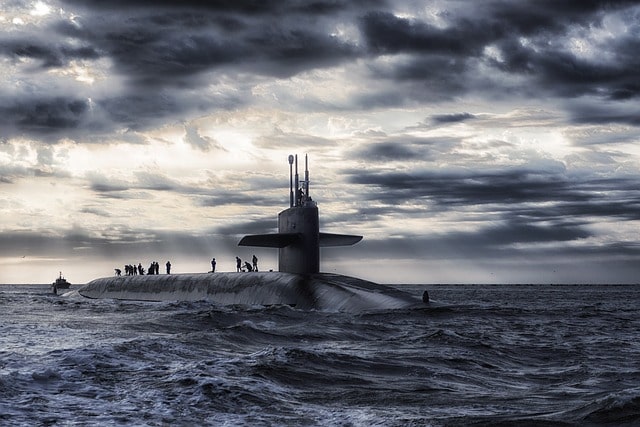 The Indian Ocean is known to have an unusual climate variability in all its regions. This variation is due to the monsoon wind system known as the Indian Ocean Dipole (IOD). IOD, as its meaning suggests has two modes oceanic atmosphere between the easterlies and westerlies. It is categorized into three events: positive, negative, and neutral. In positive IOD, the temperature of the west is warm while the east is cold, In the negative IOD, the west is in normal temperature while the east is cold.

On the other hand, in neutral IOD, the west’s temperature is cold while the east is warm. In 1997, the action of IOD was observed. From October to November, the East of Africa experienced heavy rains as well as the Somalia, Sudan, Kenya, Uganda, and Ethiopia which experienced a severe flood. However, on the opposite direction, the Indonesia experienced a severe drought and fire.

Indian Ocean Dipole (IOD) blows between the western and eastern part of the Indian Ocean. In this regard, IOD is important to help in making predictions about the seasonal and interannual variations of climate between the western and eastern regions of the Indian Ocean. In order to make advance predictions, the seasonal blows of the wind must be understood. For instance, the northeast monsoon of Indian Ocean blows from October to April/December to July while the southeast monsoon blows from June to October.

The Indian Ocean is endowed with a variety of islands ranging from small to a large island. Some of the islands cling to the continents while others are hundreds of miles from another island. Nevertheless, these islands are commonly affected by the Indian Ocean’s condition of currents and climate. There are mainly six islands belonged in the Indian Ocean. These are the Comoros, Madagascar, Maldives, Mauritius, Seychelles, and Sri Lanka.

The Comoros are groups of volcanoes that were formed in the tertiary and quaternary periods. The soils of Comoros are too thin and permeable that the water is collected in rain catchment. The Madagascar is the largest island in Africa and has the most extensive terrestrial water system in the Indian ocean. It was formed by continental drift rather than from volcanic eruptions.

It has two major basin groups which are draining to the Mozambique to the west and into the Indian ocean in the east. Madagascar is a home to a wide range of wildlife which most of them are endemic. The Maldives is another country formed from 26 atolls. it is a ringlike coral formation that were fragmented into many islands. It is well known for beautiful beaches, lagoons, and extensive reefs. The Mauritius is a small island formed around a central plateau. It is part of the Mascarene island along with the Reunion ad Rodriques. Mauritius is divided into 25 and 21 major and minor basins that are discharged into the Indian Ocean.

The Seychelles is composed of over hundred islands distributed widely in the western part of Indian Ocean. Its main island is formed from granite (causing the reddish brown soil) while the outer islands are formed from reefs to atolls. Seychelles has only small water catchment found on the main island, Mahe. Lastly, the Sri Lanka is believed to be connected to India through Adam’s bridge that was submerged many years ago. The country experiences a regional and seasonal variation of rainfall, which makes the sources of water supply for the whole country.

The Indian Ocean has coordinates of 33.1376° S, 81.8262° E. It is bound by Australia on the East, Africa on the West, Asia on the North, including India which its name is derived, and the Southern Ocean on the South. From the Atlantic Ocean, Indian Ocean is delineated by the 20° east meridian going to South from the Cape Agulhas. Also, it is delineated from the Pacific Ocean by 146°55′ east meridian. Its northernmost region is about 30° north in the Persian Gulf.

The current system of the Indian Ocean is largely influenced by the Indian Monsoon Current.  The Indian Monsoon Current alters the current of ocean waters in the tropical northern region of Indian Ocean. During winter, currents are blown towards the westward near the Indonesian Archipelago to the Arabian Sea. However, during the summer, the direction of the currents reverses, going toward the Bay of Bengal.

The surface currents are persuaded in regions of either convergence or divergence. The divergence region is considered as the most favorable region of swordfish, tuna, and other small pelagic marine species.