What are Air Masses?

Air mass is an extremely large body of air in the atmosphere whose properties – temperature, humidity and lapse rate, which is the decrease of an atmospheric temperature with height, are largely uniform over an area which can be several hundred kilometres across the surface of the earth. Climate science defines air mass as a relatively huge bulk of air that is distinctive by its homogeneity of temperature and moisture content.

Air Mass is a voluminous body of air found in the lower regions of the atmosphere. Air masses are identifiable particularly for their unvarying qualities of moistness and heat at any specific altitude. Air Masses persist as distinct and discernible even when they become mobile. 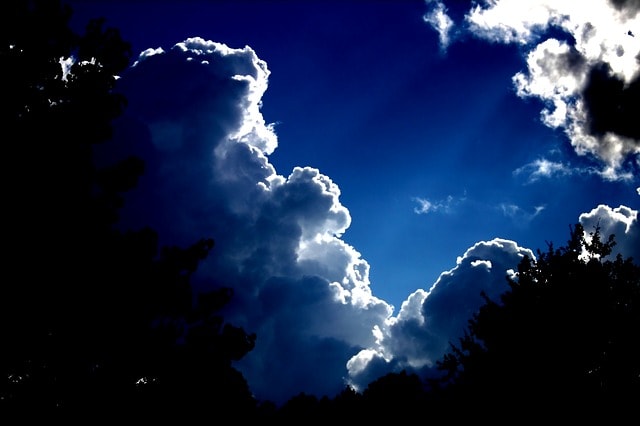 “An air mass is a large body of air with generally uniform temperature and humidity. The area over which an air mass originates is what provides it’s characteristics. The longer the air mass stays over its source region, the more likely it will acquire the properties of the surface below. As such, air masses are associated with high pressure systems.”

Two different air masses can be separated and the line of distinction is called a front. It is along these fonts that weather formation occurs.

When we refer to air masses we are indicating at those massive air packages that can spread over an area approximately 1,600 kilometres. They exercise a considerable influence on the climatic conditions of the region over which they lodge and carry with them distinctive climatic features of their source region.

Air Masses are most common in the tropics, subtropics and high latitudes. The zones from which air masses grow are called “source regions.” These are generally tracts of ocean, desert or snow-covered plains. The large surfaces with uniform temperatures and humidity, where air masses originate are called source regions. Uneven warming and cooling of the earth’s surface by the Sun gives rise to air masses.

The warm air masses form over the equator or desert areas where the solar radiation is maximum. In clear, almost cloudless days, the heat is reflected back to the atmosphere. The air becomes light and spreads.

Cold air masses form near the poles where solar radiation is at a minimum. On cloudless days, the snow cover near the Poles, reflect sunlight away, preventing the earth to warm up. When this persists for a long period of time, cold air masses form over a large area.

When wind speed is low the air remains stationary over a particular landscape and in the process gathers the natural climatic conditions of that region-heat or cold. When the winds move air masses, they carry the weather conditions along to a new region. An air mass on the move begins to transform as it passes over new landscapes, although retaining enough of its original qualities that alter local weather.

When this air mass reaches a new area, it often clashes with another air mass with a different temperature and humidity. This can create a severe storm.

The source regions and their climatic specifications classify the world’s major air masses. An air mass is named by the combination of its humidity and temperature specificity. The type of temperature that an air mass acquires, is derived from the latitude of origin; temperatures generally decrease poleward.

The Arctic is the highest latitude of origin of any air mass. This air mass is considered very cold. Their source of origin is Arctic Ocean, Siberia, Northern Canada, Southern Ocean.

The air mass is stable and usually obstructs cloud formation. Air masses can also prevent the vertical movement and may cause high pollution levels, especially near and downstream from large industrial areas. As the Continental Polar air move south across the warmer land, the lower portion of the air mass may become sufficiently light by warming to cause formation of clouds within the air mass.

Maritime Tropical air mass results from the warm waters of the Gulf of Mexico and Gulf Stream. This air mass is characterized by hot, humid conditions. These air masses form in almost all seasons across the south, south eastern and eastern United States. It is associated with cloudiness and precipitation. Maritime tropical air masses are also known as trade air masses.

These are the hot, dry air masses which originate over northern Mexico and the southwestern United States. This air mass moves into the United States through New Mexico, Arizona and western Texas and frequently migrates eastward to north-eastward making Texas climate hot and dry.

Effect of Air Masses on Weather

In a particular area, the occurrence of particular air masses helps to ascertain the climate of that region.

This in turn affects the types of vegetation, that can be found there and what can be cultivated successfully there.

Droughts are the result of hot, dry air mass. This can destroy natural vegetation and kill trees. These regions have the increase risk of devastating wildfires.

At the boundaries between air masses, the clash of masses of air with different characteristics can lead to dynamic weather like hail, tornadoes, high winds or ice storms.

Air masses are important natural occurrence which may have the following features:-