What is an Ocean?

The ocean is an immense body of water that covers more than 70 percent of the planet Earth, which is possibly the home where the first organisms ever lived. It is full of natural wealth, resplendent beauty, strange and ordinary beings and valuable resources. An ocean is a body of saline water greater than a sea size. It is considered that a single ocean contains about 1.35 billion cubic kilometers of water and represents 97 percent of all water on Earth, although more than 95 percent of what remains underwater is unexplored and still a mystery to us.

The entire world ocean has been divided into 5 parts that are the oceans that everyone knows: the Pacific Ocean, the Indian Ocean, Atlantic Ocean, the Southern Ocean and the Arctic Ocean. Historically, the first four were described and recognized by most countries, but now the Antarctic is gaining international recognition. Indian, Pacific, and Atlantic are called “the three great oceans” and their navigation and exploration dates back to the early civilizations of mankind. 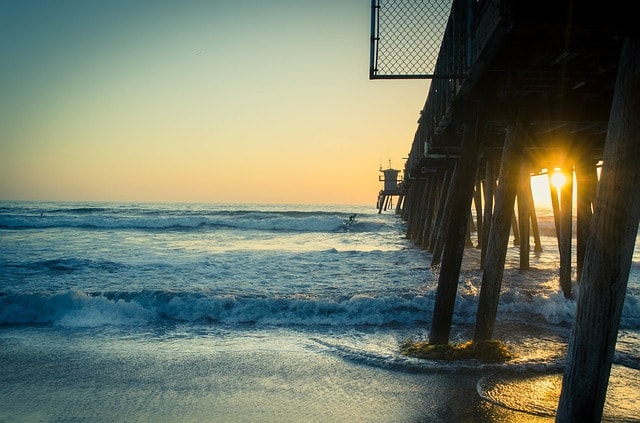 The Theories of Occurrence of Ocean

Although we cannot come back centuries and centuries and find the accurate fact about Earth’s and ocean’s occurrence. The scientists have their own theories based on logical explanations and proof that indicate on some of them.

Even today there may be alive old species in the Ocean that we don’t even know about. The marine life is vast, diverse and surprising. Many biologists believe that about 500 thousand to 5 million marine species have not yet been discovered, and less than 5 percent of the oceans have been explored.

Each ocean keeps known characteristics of temperature, salinity, and specific natural resources, but all of them have seamounts, ridges, animal and plant species, minerals and other wealth. The ocean is home of one of the largest animals in the world, the blue whale, and tiny creatures like plankton and krill. The amount of fish is vast and many of them serve as food for humans, marine, and terrestrial species.

However, despite the fact that the oceans provide useful elements, they are also prone to damage their diversity: overfishing, pollution, marine endangered species, and so on. It is important to take care of aquatic ecosystems because their involvement has consequences on all the living beings.

5 Different Layers of the Ocean

As previously said, the ocean is a still undiscovered world and we barely know anything about it comparing to the information we could get. The main reason humankind could not access its depths is the high pressure (one atmosphere increases every 10 meters).

The ocean is divided by different layers, each with its own unique features. For the beginning, we can only say that the epipelagic and mesopelagic layers make up 80% of marine life in the oceans.

The epipelagic or euphoric area is known as the area of sunlight as it is the layer with more visible light. Here is where most of the marine life occurs. Life can be microscopic, such as plankton using the abundant sunlight for photosynthesis, to the great blue whale using baleen instead of teeth to feed on plankton.

The mesopelagic layer is also known as the penumbra or the nebulous world because at these depths it is difficult to see the sun clearly. Due to the lack of light, it is in this area where we begin to see the bioluminescent creatures. A variety of strange and bizarre forms of life can be found here. Fish eyes are larger and usually directed upwards, probably to see other animals (for food) against the pale light.

This area is characteristic is commonly navigated by submarines.

The bathypelagic zone is sometimes referred to as the midnight zone due to the constant darkness. It has great depth so the light does not reach that far. The only light here is produced by the creatures themselves. The creatures that live down here have to withstand the pressure of water that reaches 5,850 pounds per square inch. Despite the great pressure, a surprisingly large number of creatures are living down here. Some animals, like sperm whales, can live in the epipelagic, dive through mesopelagic, and find food in the bathypelagic area. Most animals that live in the bathypelagic layer are black or red due to the lack of light.

The abyssopelagic zone got its name from a Greek word with meaning bottomless. The water temperature is so cold, close to zero, and there is no light at all. Very few creatures that can be found at these depths. Most of them are invertebrates, animals without backbones, such as squids. This layer has about three quarters of the ocean floor in it.

The hadalpelagic zone is in the deepest layer of the ocean where the pits and canyons were formed by collisions between tectonic plates. The water temperature is similar to the abyssal zone, but the pressure is incredibly high. Nevertheless, there are creatures in this environment, mainly scavengers that feed on organic material that sinks below the previous ocean layers.