Soil is the part of the earth’s surface comprised of disintegrated rock and humus that provides the medium for plant growth. The development of soil takes time, between hundreds and thousands of years, and consists of diverse materials which are both inorganic and organic.

For instance, during the decomposition of dead plants and animals, nutrients are mixed up with the weathered and disintegrated rocks to form soil. Soil is considered as a natural resource because of its agricultural productivity benefits. Soils have different forms of mineral and organic compositions that establish their specific characteristics. Soil is also divided in different soil layers. 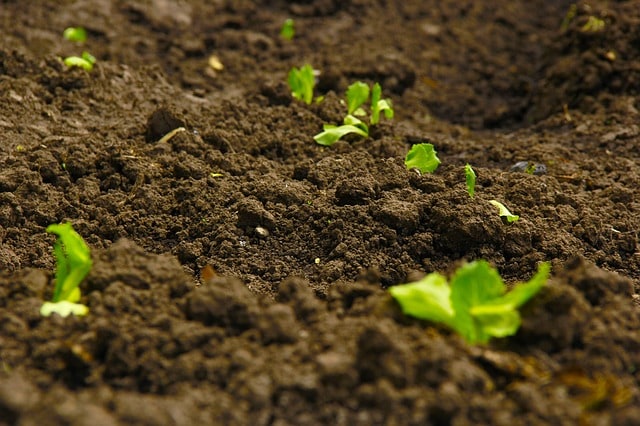 Soils are important is so many ways. The bottom line is that soil is essential for life because it provides the medium for plant growth, acts a filtration system for surface water, maintains the balance of atmospheric gases, stores carbon, and is a habitat for several organisms. Here are the detailed reasons rendering the soil important.

Soils serve as the only medium for plant growth. Plants are the basis of life because they are the primary producers which means, life on earth would be impossible without the soil. Soil support roots and keep them erect for growth. Soil also avail for plants vital nutrient and minerals and provides for gaseous exchange between the atmosphere and roots. Soils also protect plants from the destructive biological, physical, and chemical activities and equally shield them against erosion. Finally, soil ensures moderation of moisture and holds water which can be utilized for plant growth.

The storm water after rainfall and snowmelts normally flows and discharges into surface water bodies. However, most of it infiltrates into the ground which is a possibility because of the various layers of the soil. As the excess storm water infiltrates into the ground, it undergoes filtering from chemicals, dust, and other contaminants. This process filters water and provides both plants and humans with clean, unpolluted water required for healthy growth and good health respectively. It is the reason underground water (aquifers) qualifies as one of the purest water sources.

Numerous microbes (minute single cell organisms) and insects live in the soil and depend on it for air, shelter, and food. Soils are also homers to a diverse population of organisms including termites and worms. Soils also support biodiversity by creating an enabling environment for plant growth and home to many organisms. For example, insects and some reptiles lay and hatch eggs in the soil. The decomposition of organic matter is a possibility because of the soil which offers the required air and moisture for breaking down the materials.

Soils help to maintain the balance of atmospheric gases by regulating the amount of atmospheric carbon dioxide (CO2) by serving a carbon store. In the process of humification where soil organisms form stable and complex organic matter, some organic materials do not break down completely particularly in soils such as peat because of the high water content and acidity.

The soil is divided into various different layers top to bottom and this arrangement is termed as the soil horizons. The categorization into various soil layers is known as the soil profile. The soil horizons ranges from the fertile, organic upper layers composed of the top soil and humus to the underlying rock layers composed of the subsoil, regolith and the bedrock. Each layer is of different make up, texture, age and characteristic.

The O-Horizon is the superficial or topmost layer of the soil that is primarily composed of decaying organic matter, living organism, and fresh soil. The color of the topmost layer is normally either brown or black due to its organic composition. It is the layer that hosts most of the roots of small vegetation cover like grass and contains about 20% of organic matter.

The A-Horizon is the second layer of the soil. It is referred to as the top-soil. It is composed of highly decaying organic matter and minerals, and its color ranges from gray to brown. It is the layer that hosts many plants and supports many agricultural and grassland areas. Thus, seed germination and the growth of plant roots take place in this soil layer. It is distinguishable by the different soil types including loam, clay, sand, and silt. It is also the soil layer that is most vulnerable to water and wind erosion.

This is the third and the thinnest soil layer, and it is lighter in color compared to the A-Horizon. It is termed as the eluviation layer due to the leaching of minerals. As a result, this layer is depleted of aluminum, clay, organic compounds, and other soluble elements. It is mainly made up of silt and sand after losing most of its minerals as they drip down through the soil.

The B-horizon is the fourth layer and is also referred to as the sub-soil. It is mainly made up of large rocks, clay, and bedrock. The color of the sub-soil is lighter than the layers above it and ranges from rust to tan. It is also composed of minerals and little organic matter. The sub-soil accumulates a lot of clay, aluminum, iron, and organic compounds from the layers above it from the dripping down of mineralized water through a process known as illuviation. Hence, it is sometimes called the illuviation zone. It is the layer where the roots of big trees end.

This is the fifth layer of the soil and it also known as the regolith. Plant roots do not go through this layer and it has very little organic matter. The color of the C-Horizon is gray and is made up of fragmented pieces of bedrock. Also, it has compacted sediment and cemented geological material. Very little activity is present in this layer but there may be instance of additions or losses of minerals and other soluble compounds.

The R-Horizon is the sixth and final layer of the soil. It is also known as the bedrock. The materials here are mainly solid unweathered rock that are cemented and compacted by the weight of the overlying layers. The color of this layer is gray with several hard rocks. This layer is beyond 50 meters from the top-soil. Some of the rocks found here include granite, limestone, and basalt.