Why are Forests Important?

Forests are our land’s trees and plants that cover a third of the earth’s surface symbolized by the color green in the common definition of environmentalism. There are many reasons why forests are an important feature for the environment and in our daily lives.They are fundamental life forms and provide for the continuity of the world’s biodiversity which is necessary for economic development, diversity of life forms, human livelihood, and environmental adaptive responses.

Forests are mainly important because they stabilize climate, regulate the water cycle, and provides habitat to thousands of life forms. Below are the leading reasons signifying the importance of forest. 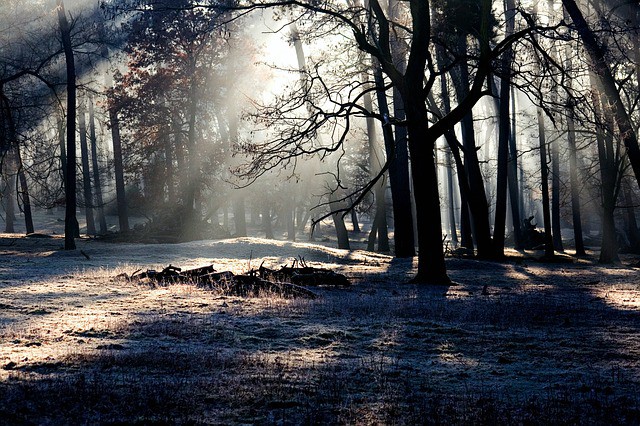 Below are 9 reasons why forests are important and why should we protect forests from getting axed.

Forests are habitats to millions of animals and support numerous ecosystems. About 90% of all earth’s species live in forests. Animals such as lizards, snakes, turtles, crocodiles, alligators, insects, birds, butterflies and monkeys among other wild animals such as lions and leopards all live in the forests or within the rivers and streams in forest areas.

Therefore, these animals form their food chains in the forests by interacting with each other in their respective physical environments which creates an ecosystem. Healthy ecosystems are critical for the flourishing of the animal lives. Additionally, millions of indigenous people still live in the forests and depend on them for survival.

Forests act as watershed regions since, approximately all the water merely comes from forest-derived water tables and from within the rivers, lakes, and streams in forest areas. Streams and rivers running through forests are protected from sun’s radiation and drying by the forest cover.

The Amazon, for instance, provides one of the largest watershed and river systems in the world. Many other forest areas around the globe also serve as significant watershed areas.

Forests serve as reserves for the genes of biodiversity. This is because forests carry about 90% of all the earth’s species, both plants and animals, thereby making up a diversity of plant and animal life forms in the various forest habitats. Forests also support biodiversity by offering enabling environments where different plants and animals can easily thrive. Forests also support the life of some of the world’s endangered species.

Forests play an important role in the purification of the atmospheric air. During the day, trees and plants absorb carbon dioxide for photosynthesis and give out oxygen. As such, they help in the purification of the air that we breathe.  Forests thus serve as an instrumental tool for reducing the amount of carbon dioxide and other greenhouse gasses in the environment which are responsible for global warming.

Forests serve as climate stabilizers since trees and plants regulate atmospheric temperatures through evapotranspiration and proving environmental breeze. In urban settings, for instance, the presence of trees can reduce the dependence of air conditioners. Large forests regulate regional temperatures by absorbing the sun’s radiant heat and promote rainfall as well as cool climate as an effect of evapotranspiration.

Plants and trees help to recycle the soil nutrients through the shedding of leaves and small branches. The plant and tree roots also break the soils in finer particles and encourage water infiltration into the soil. The roots also absorb some water from surface runoff and reduce the speed of flow, minimizing soil erosion which normally degrades the fertility of the soil.

Forests also regulate the natural cycle of water evaporation and subsequent condensation and precipitation as rain. Forests make this possible by absorbing and redistributing rainwater pretty equally across the entire geographical coverage, which is mostly termed as water economy. Forests also absorb considerable amounts of water from runoff and pass it down into the aquifers, replenishing groundwater supplies.

Forests are highly linked to medicinal research and pharmaceutical breakthroughs due to their extensive plant life and animal life forms. A large percentage of the drugs used for diverse medical treatments are extracted from the plants and animals that live in the forests. Forests are comprised of numerous and incredible cures including the drugs used to relieve the effects of cancers.

Forests are of vast economic benefits to us. For instance, plantation forests provide humans with wood and timber, which is used in construction and as raw materials for numerous products. Also, whenever tourists visit the forest areas to view the beautiful sceneries alongside the wildlife forms inhabiting the forests, the hosting nations and communities get revenue from tourism. Forests are also a source to rare animals like wild rabbits, and foods or vegetables such as berries, tubers, and edible mushrooms that grow on the forest floors.