What is Environmental Degradation?

Environmental degradation comes about due to erosion and decline of the quality of the natural environment. It is caused directly or indirectly by anthropogenic activities that extract various environmental resources at a faster rate than they are replaced, and thus depleting them. On this regard, degradation means damage or reduction in quality of environmental features, primarily influenced by human activities. Some natural events such as landslides and earthquakes may also degrade the nature of our environments. 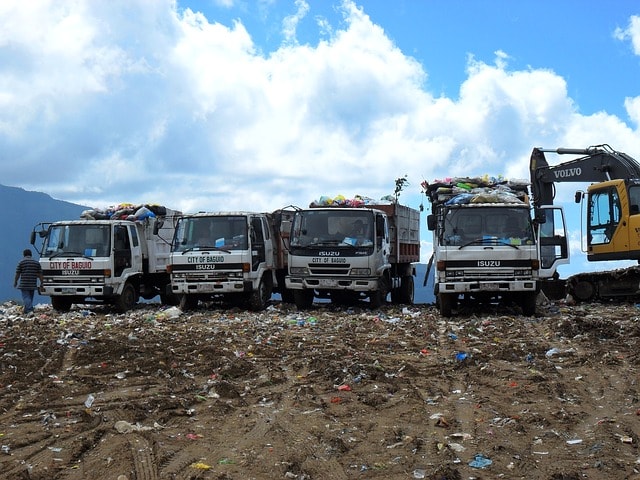 As the human population keeps on enlarging, there is a lot of pressure on the utilization of natural resources. This often causes over-exploitation of the natural resources, and contributes to environmental erosion. According to a study by the UNEP Global Environment Outlook, excessive human consumption of the naturally occurring non-renewable resources can outstrip available resources in the near future and remarkably destroys the environment during extraction and utilization. Overpopulation simply means more pollution and fast extraction of natural resources compared to how they are being replaced.

Intensive agricultural practices have led to the decline in quality of most of our natural environments. Majority of farmers resort to converting forests and grasslands to croplands which reduces the quality of natural forests and vegetation cover. The pressure to convert lands into resource areas for producing priced foods, crops, and livestock rearing has increasingly led to the depreciation of natural environments such as forests, wildlife and fertile lands.

Intensive agricultural practices destroy fertile lands and nearby vegetation cover due to the accumulation of toxic substances like bad minerals and heavy metals which destroy the soil’s biological and chemical activities. Runoffs of agricultural wastes and chemical fertilizers and pesticides into marine and freshwater environments have also deteriorated the quality of wild life habitats, natural water resources, wetlands and aquatic life.

One of the calamitous effects of landfills is the destruction of nearby environmental health together with its ecosystems. The landfills discharge various kinds of chemicals on the land adjacent to forest, various natural habitats, and water systems such as underground and surface water which makes the environment unappealing to the survival of trees, vegetations, animal and humans.

It even interferes with the animals interactive food chains because the chemicals contaminate plants, and waters which are consumed by the animals. Besides the foul smell from the landfills and periodic burning of the wastes make living in such environments unbearable.

The act of deforestation (cutting down of trees) has impacted on the world in terms of depreciating the natural environment and wildlife. It has also impacted on humans on the account of changes in environmental support processes such as weather conditions. Some of the reasons for deforestation include farming, construction, settlement, mining, or other economic purposes. For more than one hundrend years, the number of trees on the planet has plummeted, resulting in devastating consequences such as biodiversity loss, soil erosion, species extinction, global warming, and interference with the water cycle.

Most of the planet’s natural environments have been destroyed and a large portion is under huge threat due to the toxic substances and chemicals emitted from fossil fuel combustions, industrial wastes, and homemade utilities among other industry processed materials such as plastics. Land, air, and water pollution pose long-term cumulative impacts on the quality of the natural environments in which they occur.

Seriously polluted environments have become insignificant in value because pollution makes it harsh for the sustainably of biotic and abiotic components. Pollution impacts the chemical compositions of lands, soil, ocean water, underground water and rocks, and other natural processes. Air pollution from automobiles and industries that results in the formation of acid rain which in turn brings about acidic lake is a good example of how the environment is degraded by pollution.

The unplanned conversion of lands into urban settings, mining areas, housing development projects, office spaces, shopping malls, industrial sites, parking areas, road networks, and so on leads to environmental pollution and degradation of natural habitats and ecosystems. Mining and oil exploration, for instance, renders land unusable for habitation and causes other forms of environmental degradation by releasing toxic materials into the environment. Improper land use has led to the loss and destruction of millions of acre of natural environments across the globe.

Despite the fact that environmental degradation is under normal circumstances associated with anthropogenic activities, natural causes are also contributors. Natural events such as wildfires, hurricanes, landslides, tsunamis and earthquakes can totally lower the survival grade of local animal communities and plant life in a region. These disasters can also destroy alter the nature of the landscape rendering it unable to support life forms on it. Besides, occurrences such as hurricanes and flooding can wash or force the migration of invasive species into foreign environments which can lead to its eventual degradation. 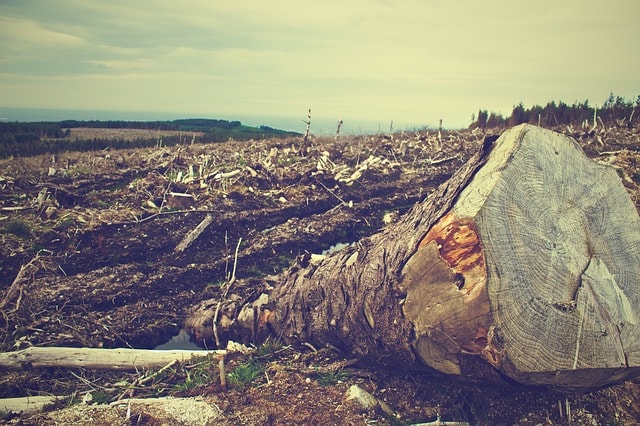 Human health is heavily impacted by environmental degradation. Reduction in water quality is responsible for more than two million deaths and billions of illness annually across the globe. Due to environmental degradation, the results include water scarcity and decline in quality foods. Reduction in air quality is responsible for more than 300,000 deaths annually and millions of chronic diseases.

Landfills increase the risk of hazardous materials getting into the food chain which causes biomagnification and the ultimate risk of developing chronic diseases. Altogether, the toxic wastes and harmful chemicals from factories, agriculture and automobiles cause illnesses and death in children and adults.

In the majority of developing countries, poverty is attributed to poor crop harvests and lack of quality natural resources that are needed to satisfy basic survival needs. The inadequacy basic survival resources and lack of quality of food is the direct result of environmental degradation in the regions. Most vulnerability situations brought about by water shortages, climate change, and poor crop yields in developing countries are tied to environmental degradation. Hence, the lack of access to adequate basic needs such as water and food directly induce poverty.

Environmental degradation can alters some of the natural process such as the water cycle and the normal processes of animal and plant activities. Also, environmental degradation aspects such as deforestation and mining destroy the natural land cover. This, together with air, water, and land pollution pose several atmospheric alteration threats. The alterations include global warming and climate change which can increase the risks of climatic natural disasters, and ozone layer depletion which increases the risk of skin cancer, eye disease, and crop failure.

Degradation of the environment has recorded a continued destruction of wild forests and the damage of natural ecosystems that has greatly contributed to the mass extinction of species. The number of threatened species persists to multiply worldwide whereas some have completely gone extinct. This is because of the human activities such as acidifying water systems, over-exploitation of natural resources, overpopulation, and the deliberate and indirect destruction of natural systems necessary for the survival of different species. These anthropogenic activities simply alter the natural process combined, thus, destroying the natural ecosystems supporting biodiversity.

Environmental degradation through aspects such as over-exploitation of natural resources, pollution, and deforestation can contributes to the scarcity of resources particularly arable land, water, genetic resources, medicinal plants, and food crops.