What is Biomass Energy?

The Biomass is an organic matter that can be used as a source of energy. It is derived from the energy crops to agricultural residues and waste and from the living organisms. Examples of biomass sources are wood products, dried vegetarians, crop residues, aquatic plants, and much more. These are used to create a biofuel. Biofuel, however, is categorized as first generation or second generation. Examples of first generation biofuel are fuels that come from sugarcane and cornstarch while second generation fuels are fuels that come from the sources of agriculture and municipal waste.

The heat produced by these fuels undergo combustion which is now ready to provide energy for heating and cooking, of electricity, chemicals, and liquid fuels. About 14 percent of the energy supply in the world comes from the use of biomass energy. Some developing countries have been using biomass energy such as Kenya (75%), India (50%), China (33%), and Brazil (25%). Aside from that, industrialized countries also make use of it as an energy source, like Finland (18%), Ireland (16%), Sweden (9%) and USA (3%). 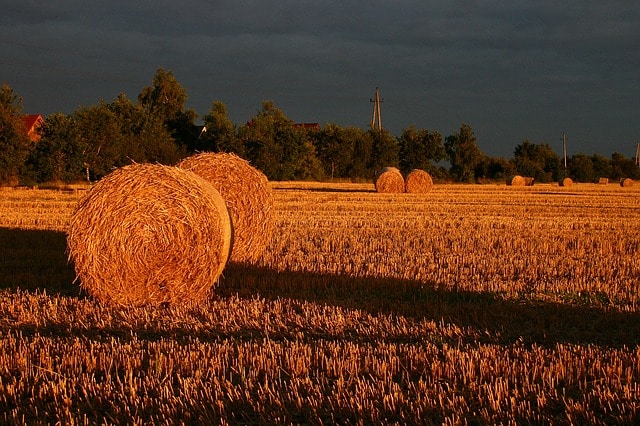 Biomass is a carbon-based mixture of organic molecules containing hydrogen, oxygen, nitrogen and other small quantities of other atoms such as alkali, alkaline earth, and heavy metals. The conversion of the Biomass to biofuel is achieved by different methods such as thermal, chemical, and biochemical conversions. In thermal conversion, heat is used as a dominant mechanism to convert into another chemical form. In chemical conversion, the conversion of biomass into another form is by using the coal-based processes such as Fischer-Tropsch synthesis, Methanol production, Olefins, and chemical or fuel feedstocks. On the other hand, the biochemical conversion makes use of the enzymes of bacteria and other microorganisms to break down the biomass.

Biomass is renewable because it uses waste residues from living resources that never runs out. Trees as one of the major sources can be replaced by planting. Biomass, therefore, depends on the continuing cycle of the living resources. However, forests should also be properly controlled and managed in order to not deplete the source of Biomass energy when the forest is overly-used.

Since biomass energy is derived from living sources which is renewable, it has the potential to prolong the use of the energy as long as living resources are available. The abundance of the biomass resources such as plants, animals, and animal wastes will provide an abundant energy to the country without the problem of depletion of source. In the United Kingdom, biomass is made from chicken droppings. However, United States and Russia use their abundant forests to be used in the production of biomass energy.

Another benefit of biomass energy is taking wastes into a usable form of energy. Waste from living resources can be damaging to the health of people or in the environment. In the United Kingdom, six million tons of wood are being sent to the country so that the Biomass boilers would be able to use it to heat their homes and factories.

The Biomass energy can make a lot of products through different forms of organic matter.  Its oil is used to make Ethanol, plastics, medicines, and other bioproducts that comes from oil. This makes biomass have multiple benefits aside from providing energy.

The energy from biomass is a way cheaper compared to coal and oil. In the market price, it costs about 1/3 less than fossil fuels which means that a lot of people can spend 1/3 less every year adding up to 10 or 15 years of considerable savings. Moreover, its cost will continue to get less in the future when more grown crops are available.

The Biomass energy can also be produced domestically which reduced the need to rely upon the imported foreign oil. It can be find from the natural resources which the earth is abundant of and its production is not limited and does not take millions of years to regenerate a source. Moreover, domestic production also causes the cheap cost of biomass energy.

Since Biomass also makes use of the animal and human wastes, the emission of methane gas is also harmful to the environment and even humans. Methane gas is also a greenhouse gas next to carbon dioxide that fossil fuels emit. On the other hand, methane gas has a terrible effect on human health. Its large amount in the atmosphere will cause the oxygen to deplete leading to oxygen deficiency that cause nausea, headaches, dizziness, and unconsciousness.

The excessive use of plants and trees to create biomass fuel leads to the destruction of the environment. Not only that it destroys the habitat for the plants and animals but it leads to deforestation. During heavy rainfall, environment will be devastated and will create many environmental problems.

The combustion of biomass to produce fuel requires a large area in order to not affect residences. The release of methane gas into the atmosphere affects human health therefore must not reach to the residential homes. The problem on the use of larger land is something that cannot be easily met for the energy needs. Mostly, agricultural lands are converted into an operation land for biomass energy.

Biomass fuel’s performance is less compared to fossil fuel. For instance, the biodiesel product of biomass which is the ethanol is relatively inefficient as compared to gasoline. In fact, ethanol needs to be mixed with the gasoline from the fossil fuel in order to work the engine for combustion. Another disadvantage of Ethanol is its harmful effect to the engines in a long run of performance.

The land use for biomass energy also affects the biodiversity.  When a single crop is grown in a large land in every one region, there will be an environmental problem from region to region. This however can affect the biodiversity. For instance, it can lead to the extinction, habitat loss, fragmentation, and etc. In the end, no more biomass source is available when biodiversity is exhausted.