The word Tundra stems from the Finnish word tunturia, which means treeless mountain tract, and that’s what characterizes this biome. Out of all the biomes existing in the world, tundra is the coldest. Although peaceful, tundra has unique and rich biodiversity. It’s cover about 10% of the earth’s surface. Scientists believe that it’s the youngest biome in the world. Tundra biome is believed to have formed nearly 10,000 years ago.

Tundra is a kind of biome that consists of wasteland characterized by freezing temperatures. Rocks are found in this biome, but vegetation is scarce. Trees are almost nonexistent. The area rarely warms up enough to allow ice to melt completely. Tundra biome is characterized by extremely low temperatures, short growing season, very low precipitation and poor soil nutrients. Tundra biome is categorized into two; Alpine tundra and Arctic tundra, which have almost the same characteristics. The only difference is the life supported in each. 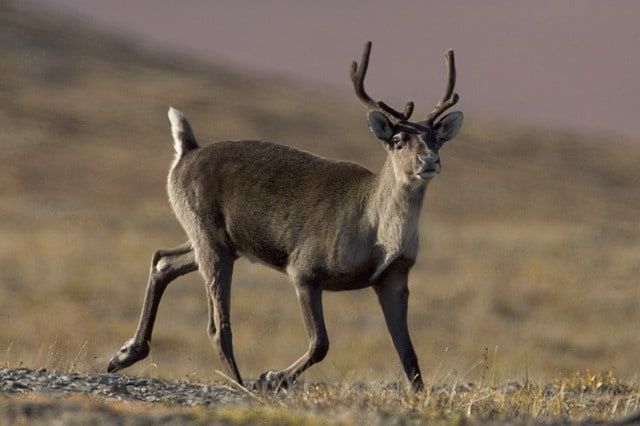 Since tundra is the coldest biome on the globe. Temperatures hardly surpass -18 degrees Fahrenheit or -8 degrees Celsius. In the month of June, the temperature can go up to 50 degrees Fahrenheit. Winters in the tundra are long, freezing and dark. Summer months are comparatively brighter. The sun usually disappears in fall, and there is practically no light.

The absence of light means temperatures can fall well below -94 degrees Fahrenheit or -70 degrees Celsius. Surprisingly, even summer months experience snow falls. This kind of climate impacts plants since they have to get by in prolonged frozen conditions. Animals bear the biggest brunt of freezing conditions as they must learn to adapt, as well as learn to search for food and shelter.

To add to the increased precipitation levels, coastal tundra areas are chiefly characterized by a lot of fog. The fog forms as a result of air coming in from nearby water bodies and starts to cool as it nears the land. The moving air cools to its dew point and eventually produces fog.

The tundra biome is estimated to be approximately 3 million square miles long and attributes to 20% of the earth’s surface. It is located in Alaska, edges of Greenland, Northern Canada, Russia, Northern Siberia and Northern Scandinavia. Tundra Biome occurs in latitudes of 55 degrees to 75 degrees north. This biome is known to experience long winters and short summers.

The land in tundra biome is normally frozen land and frozen grass. Despite the freezing conditions, a lot of tall grass grows here, but trees are almost unavailable. The ground is always frozen, 10 inches to 3 inches deep, to be the exact. Winds in this biome typically blow up to 30 miles per hour.

In the tundra biome seasons greatly vary. The Fall ushers in the first breeze. If you explore the tundra during the fall, you’re ushered to an array of colors. Plants turn red, yellow and orange. When winter sets in, deep cold sinks in to stay.

Tundra biome harbors a few array of plants. Naturally, plants need sunlight and warmth to grow and flourish. In the tundra biome, sunlight and warmth are in short supply, including in summer months. The ground is always covered with snow until the month of June, while the sun appears low in the sky. Only plant species with shallow roots systems can survive in the tundra since the permafrost cannot allow plants to send their roots underground past the layer of soil. The soil layer is only free from ice for a maximum of 90 days. So the tundra plants only get a very short growing season.

Despite the short growing season and freezing temperatures, tundra biome has about 1,700 plant species existing there. Among the classification of plants that exist in the tundra biome include lichens, mosses, grasses, low-growing shrubs. Trees are nonexistent in some biomes, but others have sparsely populated trees.

Plants that manage to endure the harsh temperatures have unique adaptations; they grow close together and low to the ground. This tundra plant growing pattern helps them resist the impacts of extremely cold temperatures, as well as minimize the damage instigated by the impact of small particles of snow and ice carried along by the dry winds.

Some plants have also developed the ability to grow under the layer of snow, and to carry out photosynthesis in the harsh temperatures. The flowing plants produce flowers quickly at the onset of summer. Other plants have a smaller leaf structure to enable them survive in this biome. Naturally, plants lose water via their leaf surfaces. So by developing small leaves, they effectively reduce their surface areas, and so, they can retain the moisture they’ve stored.

Animals living in Tundra biome have developed special adaptations to get by in such extreme temperatures. A typical example of a tundra animal that has developed remarkable traits to survive in this biome is the Arctic fox. It is a fairly small animal that weighs approximately six pounds and twelve inches in length. It is a solitary animal with strong adaptive capabilities to tundra biome.

Specifically, Arctic Fox has short ears, round body with a characteristic thick coat to help reduce the amount of skin exposed to extremely cold air. The Arctic Fox also dig burrows under the ground to flee from the extremely cold temperatures in the tundra. It is a scavenger, so it consumes virtually anything to survive. It mostly scavenges food left behind by polar bears. Arctic Fox’s other food sources include fish, birds, insects, eggs, and berries.

Caribou is another animal species living in the tundra. About 5 million Caribous live in this kind of biome. They are sometimes known as reindeer. Of all animal in the world, Caribou is the only species of deer that both sexes develop antlers. They also have perfect adaptations to survive in this tough biome. They encompass very large hooves that enable them to navigate the thick snow without too much energy expenditure.

These large hooves also enable them to gain the traction they require for walking through muddy and marsh areas. They also utilize the large hooves and antlers to find food sources. Their main sources of food are shrubs, lichens, flowers, mushrooms, and lichens. When food becomes scant in the tundra, Caribous are able to effective slow down their rate of metabolism.

Other animals that are adapted to live in tundra include Ermine, Grizzly Bear, Musk OX, Snowy Owl, Polar Bear, and Harlequin Duck. The animal species discussed above depend on each other for survival. About 48 different species live in tundra biome.

Despite tundra biome having the harshest climate, the population of animals here faces different levels of threats. Mining and drilling activities are gradually contributing to habitat loss, including human habitations. The biggest threat to tundra biome is global warming. Global warming is known to melt the ice in the tundra, and this could affect the plant of life here.