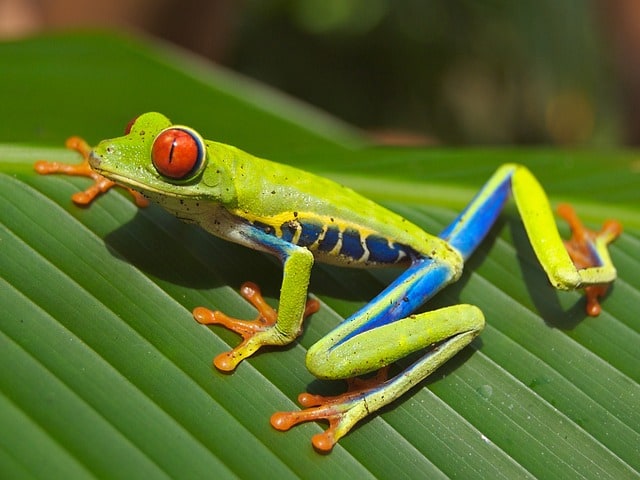 Tropical rainforests are further subdivided into 4 depending on the amount of precipitation experienced. For example:

Tropical rainforests naturally lie in proximity to the equator. Areas near the equator are hot and wet. Equatorial climate means there is a lot of sunlight striking the land and sea than any other place. The intense heat of the sun warms the sea and land causing evaporation into the atmosphere. The warm air has the capacity to hold a greater amount of water vapor. As the evaporated air rises to the air, it cools. When it cools, it loses the capacity to hold a lot of water vapor. When warm air meets cold air, condensation occurs.

Condensation transforms the water vapor into droplets leading to the formation of clouds. The clouds fall as rain. Rainfall occurs for more 90 days in a single year, and the sun normally shines amid the storms. This cycle repeats itself, which is why there is constant rainfall in tropical rainforest biomes.

Tropical rainforests occur in every continent except the Antarctica, but the vast majority is situated in South America, with Brazil taking the biggest chunk. They are also located in the Islands off of Southeast Asia and lowland regions in Africa.

Among the world’s largest rainforest biomes include:

Tropical rainforest areas do not experience seasons like summer, winter, spring or autumn. Instead, seasons in tropical rainforests are categorized into dry and wet season. Each season lasts approximately 6 months. In the Amazon, particularly, the most extreme season happens between December and May. The Amazon experiences an extraordinary 6 to 12 feet or even more of rainfall. The driest season comes between June and August with an average rainfall of approximately 6 inches.

The huge amount of rainfall experienced in the Amazon in the course of the wet season results in dramatic rise in river water level throughout the forest ecosystem. This leads to extensive flooding. Happily, the plant, animal and tree species here have mastered the art of living with seasonal flooding. During seasons of flooding, aquatic species like fish dolphins, turtles dive to river depths that are extremely difficult to reach.

While the flooding takes place, filling the entire forest, the animals are able to maneuver through the rainforest in search of food. Plants have also adapted characteristics to survive the flooding. Numerous trees have developed barks that cannot rot whatsoever. Some trees feature buttress roots that grow like tent-frame to help them anchor to the ground in order to prevent falling. The buttress roots also help them suck up nutrients during this period.

Tropical rainforests provide home to many animal species due to their constant warm temperatures, considerable moisture level and a bountiful supply of plant life. In fact, the number of animals living in tropical rainforests is more that other habitats collectively. Colorful and unique animal species are found here. Almost all kinds of creatures are well-represented in this forest, ranging from tiny insects to large mammals.

Bacteria make the smallest organisms living in this biome. They are chiefly responsible for decomposing fallen wood, leaves, and other dead organic matter. Despite the fact that a rainforest is vast and contains many tree species and plants, some animal species that live here never reach the ground layer. They stay in the middle layer and on top of canopies through their lifetime. Some of the animal species include Anteaters, Aye-aye, Harpy Eagle, Howler Monkey, Iguana, Jaguar, Leopard, Ocelot, Orangutan, Piranha, Poison Dart Frog, Red Eyed Tree Frog, Sloth, Tiger and so on.