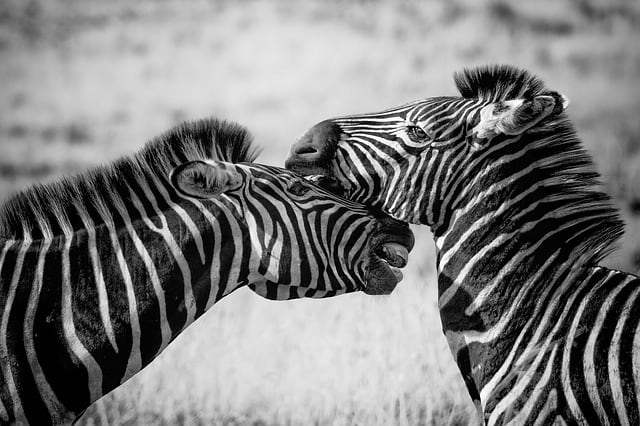 The climate in savanna biome varies depending on the season. It has a distinct wet and dry season. The dry season comes during winter. Savanna biome receives all its rain during summer. In the dry season, most plants wither and die. Some streams and rivers also dry up. A large percentage of animals migrate over long distances to search for food.

During the wet season (summer), all plants blossom and streams and rivers flow freely. Animals migrate back to enjoy the flourishing plants. The dry season in the savanna is usually cooler.

The tropical savanna biome is characterized by two distinct seasons in regard to precipitation; the dry season and the wet season. The dry season typically occurs from October to January and typically experiences just 4 inches of rainfall. In the wet season (summer), the savanna biome experiences 20-30 inches of rainfall. Nonetheless, a lot of evaporation takes place in this biome, which is higher than the amount of precipitation.

Savanna biome plants have developed unique adaptations to survive in this environment of long duration of drought. They consist of long taproots that reach the water table, trunks that are able to store water, thick and strong barks to resist wild and human-instigated fires and leaves that naturally drop off during winter months in order to conserve water. Some of the grass species that flourish in the savanna biome include red oat grass, Rhodes grass, lemon grass, star grass, and a few shrubs. Some tree species are also scattered in the savanna including acacia trees, pine trees, and palm trees. Here is a deep look at some of the plant species in the savanna biome:

Found in the African savanna grassland biome. It’s a small to average sized thorn tree that has the ability to grow up to 20 meters tall. Senegal gum acacia has a characteristic grey-green color, with yellow or cream-colored flowers, which grow on spikes slightly above the thorns. The flowers eventually turn to seed pods of approximately 8 inches long and 3 inches wide.

A tall grass native to Africa and grows in dense clumps of about 10 feet tall. Those growing in the African savannas are found along beds of lakes and rivers, where the soil is characteristically rich. The locals utilize this grass to feed their animals.

The umbrella thorn acacia is, by far, the most recognizable plants of the African savanna biome. Umbrella thorn acacia mainly grows in rocky ground and sand dunes of African grasslands. It thrives in areas that experience annual precipitation of as low as 4cms, and can endure temperatures of 122 degrees Fahrenheit in the day, as well as freezing night temperatures.

Bermuda grass loves the sun. It flourishes in open spaces characterized by lots of disturbances such as fire, grazing, and flooding. This grass has also been found growing in the understories of open woodland and orchards, as well as in pastures. When temperatures dip, it immediately turns brown. It acquires a scintillating green color throughout the year in warmer tropics if southern Bermuda.

This tree species love warm and dry climate. River Bushwillow can grow up to 35 feet tall. The tree branches grow exponentially at an upright angle. It has developed incredible adaptations such a thick bark to shield itself from natural and human instigated forest fires, hydrophilic root system to reach the depths of the water table and dropping of leaves during dry spells to conserve water and energy.

This tree thrives in the African savanna biome. The area that it grows is filled with other tree species. Also, its habitat doesn’t get enough rainfall, so it can’t be considered as a prairie. The manketti tree likes hot and dry climates characterized by low quantities of rainfall. It predominantly grows in sand dunes and wooden hills. Manketti typically grows upwards. It has the ability to grow up to 15 to 20 meters tall.

There is a huge diversity of animals existing in the savanna biome, and they vary depending on the geographic location of the biome. Animals that live in the African savanna include herbivores such as buffalos, zebras, wildebeests, elephants, rhinos, giraffes, elephants, warthogs, elands, gazelles, impalas, kudu, and oryx.

The savanna biome is also home to carnivores, which thrive due to the abundance of herbivores. Examples of carnivores found in this savanna biome include lions, leopards, cheetahs, hyenas, servals, jackals and wild dogs.

During the rainy seasons, reproduction is rampant, and so animals are abundant. However, the rainy season occurs only half the year. When the dry season knocks, surface water from rainfall is rapidly absorbed into the ground by the soils. At this time, the competition for water is so intense that most birds and animal migrate elsewhere in search of the precious commodity. The migration may be long distances or nearby depending on the intensity of the drought. The dry season is also characterized by wildfires. Most insects die in these fires due to the inability to escape fast enough.

Animals and birds, on the other hand, are always able to run fast enough before fire catches up with them. Small burrowing animals are also able to survive incidences of wildfires despite the fact that they cannot outrun the flames. They dig deep into the earth and stay there until the flames have died down. Certain birds like Fork-tailed Dragons never escape the fires. In fact, they fly close to the fires. For these bird species, wildfire is a perfect opportunity to get food. They catch the fleeing insects.