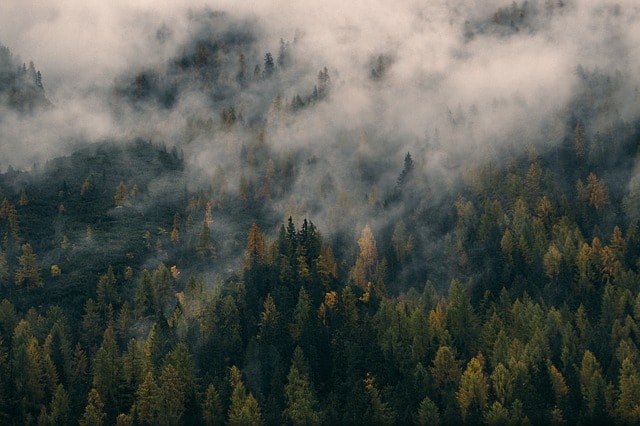 Also in summer, when it’s relatively dry, the weather is considerably cool as the fog supplies sufficient moisture to enable the rainforest to thrive. Ideally, the fog contributes 18-30 cm (7-12 in) of precipitation every summer. These biomes are so mild due to their closeness to the ocean on one side and mountain ranges on the other. During winter months, the ocean water emits heat, leaving the coastal areas warmer and absorbs heat during summer months, leaving the coastal areas cooler.

In the course of growth during spring, when the tree leaves have not wholly formed, there is a lot of light penetrating to the forest floor. This aspect allows plant species to thrive on the ground, which explains why plant species that exist on the ground surface grow, flower and produce fruits before late summer. Later on, sciophilus plants (plants species that love shade) begin to grow. These plant species have developed immaculate mechanisms to harness and utilize low-light intensity, which gives them the ability to get by even when the vegetation or greenery grows and entirely covers the soil below.

The main kinds of trees found in the temperate rainforest biome include oaks, beeches, walnut trees, lime trees, sycamores, aspens, elms, tulip trees, and birches. Below is a highlight of some of the tree species:

Oaks are tree species that are able to grow up to 40 m tall. They have impressive lifespan (500 to 100 years). Oak trees are predominant in tropical mountain regions (Himalaya, Mexico and Indonesia), temperate climates (Europe, North America, and Asia) and in Mediterranean climates (California and Mediterranean areas. Oak trees are highly valued by humans since they are used to make furniture, timber, stairs, railway sleepers, casks, and parks.

These tree species can grow up to 40 meters tall and consist of huge, dome-shaped foliage. They bear fruits, which are commonly known as beech nuts. Beech nuts mimic chestnut husks. They also have thorns. However, the thorns are much softer and rounded, which means they can’t prick. Beeches do well in wet conditions, with clayer and airy soils, but far from harsh winter frost. These tree species are prevalent in Western and Central Europe, where they are mostly harvested to make timber.

These are large tree species that grow up to 20 meters tall. They bear stone fruits, which are naturally fleshy. Walnut trees are found almost everywhere. Their timber is harnessed to make furniture. They thrive in temperate climates with the United States being the largest producer.

Lime trees are characteristically long-trunked and elegant and can grow up to 30 meters tall. They come in different types, with the Tilia platyphyilos being the most common. Lime trees also grow wild and can be found along river banks, in bushes, rocks, coppices and sunny slopes in areas of central Europe. They are commonly used to beautify gardens and parks and to shade city trees.

These tree species are generally medium-sized and can grow up to 25 meters tall. They experience fast growth. They thrive in warm and sunny regions. Aspens are sprinkled all over central Europe. However, they are relatively few in Western Europe. They’ve proved, over the years, to be resilient (not affected by industrial waste), which is why they commonly grow in towns and cities.

Birches originate in Southeast Asia and Europe and thrive in sandy and peaty soils. They like areas with plenty of sunshine and mostly grow in small groups in mountainous and hilly regions together with broad-leafed and coniferous trees. The decorative color of their leaves and bark along with their beautiful deportment is the reason why they are used as ornamental trees.

Elms originate in Southwest Asia, Europe, and North Africa. They are classified as Ulmaceae plants and can grow up to 30 meters tall. Their greenery is hemispherical shaped, with thin and pale brown branches. Their flowers are attractively small and red in color.

Compared to tropical rainforest biomes, temperate rainforest biomes harbor very few mammals due to the absence of a series of sophisticated layers and the fact that the vegetation is seasonal. In summer months, the animal species of this ecosystem feed particularly on winged seeds and wall nuts that keep for a long duration. Fruits produced by the rose tree, apple tree, gooseberry, Hawthorne, and others almost always ripen at the same time (during late summer) and are chiefly used in the course of summer for fat storage.

There is a huge diversity of life in temperate rainforest biomes. Frogs, turtles, insects, birds, spiders and salamanders are just some of the animal varieties found here. Bird species like cardinals, broad-winged hawks, pleated woodpeckers and snowy owls exist in this biome. Some of the mammals present in this biome include raccoons, porcupines, red foxes, white-tailed deer, and opossums.