What is Pyramid of Biomass?

A pyramid of biomass is a graphical representation of biomass present in a unit area of various trophic levels. It shows the relationship between biomass and trophic level quantifying the biomass available in each trophic level of an energy community at a given time.

There are two main types of biomass pyramid – inverted pyramid of biomass and the upright one. A good example of the inverted pyramid is in a pond ecosystem where the mass of phytoplankton, the major producers, will always be lower than the mass of the heterotrophs like fish and insects. As the value of biomass become larger, the pyramid gains an inverted shape with tertiary consumers appearing at the top in biomass.

In ecological terms, biomass refers to the total mass of all living or organic matter that inhabit an ecosystem at any given point of time. There are two main different types of biomass:

The method used in measuring biomass depends on the reason for which the biomass is being measured. You may want to take the mass of the organisms in their natural state and their natural habitat for biomass calculation. Say you want to calculate the biomass in a fishery, for example:

READ:  9 Devastating Threats to Biodiversity and How They Affect Our Environment

The total biomass should be the biomass of the fish while they are still wet if you took them out of the water. Conversely, if the dried mass of the fish is taken, it would account for 30 percent of their actual mass. This is because the rest of the mass will be water. Measurement of biomass in terms of dry weight is more accurate.

In some other cases, the mass would only include biological tissues. Bone mass, teeth mass, or shell mass, wouldn’t be considered. This case applies where you want to measure only the carbon present in the body.

Biomass is an expression of the mass per unit area. Hence, the units of measurements are grams per square meter or tons per square kilometer.

The Significance of The Pyramid of Biomass

A biomass pyramid is useful for quantifying the biomass that is available as a result of organisms at every trophic level. This pyramid begins with the producer, normally the plants, which occupy the bottom level of the pyramid. The producers are followed by primary consumers.

The highest quantified amount of biomass sits at the topmost level of the pyramid. This level largely includes the carnivores. Note that we are talking about an upright pyramid here.

The manner in which biomass pyramid is represented is based on the law of thermodynamics. This law states that energy can never be destroyed. It can never be created either. It can only be transformed from one form into another. Namely, the energy is transferred through the chain from producers to consumers and so on, and converted in the biomass.

The Major Limitation of a Biomass Pyramid

One of the main limitations of a biomass pyramid is that every trophic level seems to have more energy than it truly does.

A good example to illustrate this is when human beings consume another animal. The mass of the animal’s bones is calculated. However, the mass of the bones is not actually utilized in the next level of the pyramid of biomass.

A biomass pyramid counts mass that is not actually transmitted to the next trophic level. Nonetheless, a pyramid of biomass remains one of the excellent ways to determine if there is an imbalance in an ecosystem.

READ:  Trophic Levels and Energy Flow in a Food Chain

In the case of an inverted pyramid, the best example is the pond ecosystem. The mass of the phytoplankton, the main producers of the ecosystem, is less than that of the consumers, which are generally fish and other insects. 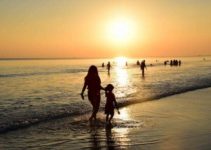 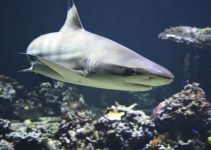 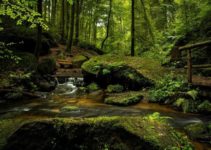 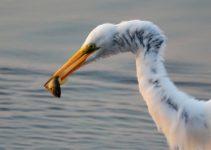 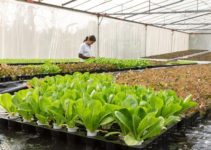 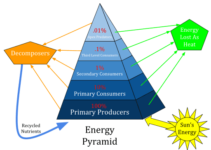