What is Flora and Fauna?

The physical world is composed of living and non-living things. They are generally referred to as the biotic and the abiotic. The abiotic is the physical objects like rivers, mountains, volcanoes and water-bodies. The biotic is the world of flora and fauna.

Fauna is all of the animal life. Fauna’s name derived from “to favour, nurture,” because it was believed by the ancient Roman religion that Fauna is the goddess who nurtures all that is useful to living creatures.

Flora and fauna mean plants and animals. These two forms of life along with other life forms constitute a biota. 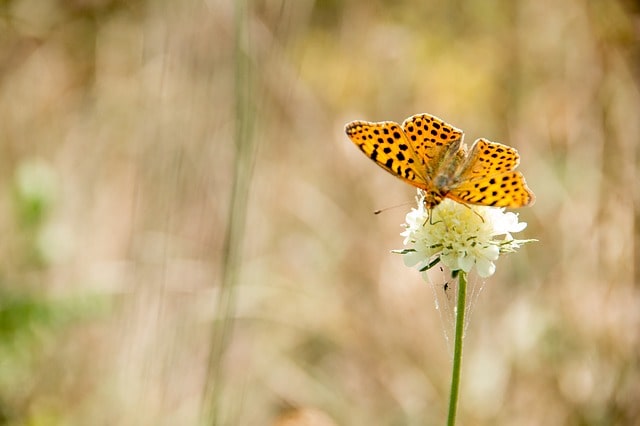 Classification of the flora are based on regions, period, climate and special environments.

The native and indigenous flora of an area like the Gum trees (eucalypts) is a vital part of the Australian natural environment as is English oak of the United Kingdom.

The plants that are grown by humans for a deliberate purpose or agricultural plants.

Weed flora which includes all such flora groups that are regarded as undesirable.

Scientists have divided the animal kingdom into divisions and subdivisions.

The naturally growing flora and fauna in the water bodies particularly the oceans and seas form an environmental zone called the marine biome. This can be divided into three layers: the euphotic, the disphotic, and the aphotic.

The euphotic zone is where sunlight penetrates. So, most of the marine life is found in this zone. The disphotic zone does not receive sunlight. It is dark and marine life here is available although limited. In the third zone, the aphotic zone, only those animals and plants are found that have the developed the ability to live in extreme and harsh conditions.

Importance of Flora and Fauna

The importance of flora or plants on the land or in the oceans makes our life possible. Plants are the oxygen producing and carbon dioxide absorbing natural apparatus without which life would not be possible. Besides the plants are essential resource for human well-being. The Amazon rainforests not only supply oxygen but are the source of sustenance for the region.

Each plant and animal in the world brings something to the environment that another plant or animal including man, will rely on. This creates a balance of life that enables the life cycle to survive.

The flora and fauna are imperative because they form the fine net of life, where each life has something to contribute even if in a very small way.

The plants of the earth produce the oxygen that is breathed by the fauna and in turn, the fauna exhales the carbon dioxide that the flora need to live one cannot live out the others, and the humans cannot live without either. The existence of one species depend upon the existence of the other like the relationship of the pandas and the bamboo plant. The food of the Panda is only bamboo shoots. The destruction of the bamboo forests in China has endangered the panda almost to extinction, due to starvation and habitat loss.

The importance of flora and fauna is linked with the very air we breathe and the food we eat. The flora produces important the medicines, and the water absolutely necessary for life to exist, would not be if flora and fauna all things in an ecosystem are interdependent.

We are all connected through a food chain of which the fauna occupies a significant part.  Our ecosystem, the flora and fauna are all interdependent through food chains. It starts from the primary producers the plants and ends with the highest consumer – man. Consider the small insects living near the banks of ponds or the moss and algae. The small fish feed on these insects, which are food for large fish. Birds like heron, sea gull and kingfisher, frogs and man eat the big fish thus creating an interdependent ecosystem.

The ecosystem is a consistent, harmonized holistic organisation functioning according to its own laws. It sustains on its own laws and maintains its own balance independent of outsiders. Human intervention has posed a danger to the ecosystem and endangered many species of plant and animal life.

The pernicious destruction of the rainforests has destroyed half of the world’s species of plants, animals and microorganisms. Birds and animals are in part responsible for keeping the rainforest alive. They spread seeds through their faeces and allow new trees to germinate. Rapid destruction of trees has affected bird habitat and correspondingly many plant species.

The indiscriminate killing of sharks for shark meat has created a dangerous overpopulation of sting rays. Similarly, unlicensed whaling in Japan has caused many species of whales to be seriously endangered.

There are lots of factors that impact extinction of world’s fauna and flora which include the human quest for money and power. This has created a world in which the ecological balance of flora and fauna is being gradually destroyed. In extreme instances, this has caused the extinction of entire species due to destruction of habitat and food sources.

Some of the factors that can be identified for this calamity are excessive use of insecticides which are absorbed by the ground water. This infiltrates into the streams and waterbodies which when consumed by animals can be cause death.

There are hundreds of species of animals throughout the world which are fast disappearing because of human interference in their natural habitat. The more animals and plants we lose, the fewer there are to contribute to individual ecosystems. The Spanish lynx, the North American buffalo, the Siberian Tiger, the Royal Bengal Tiger, the Kola Bear, are just a few of the animals we are fast losing. The more individual ecosystems are damaged, the greater the negative effects to the Earth’s environment as a whole.