Aquaculture is a type of farming which involves the cultivation of aquatic organisms and aquatic plants for human consumption under controlled conditions. It is also known as ‘aqua farming’ or ‘aquiculture’. This type of farming activity is usually carried out in brackish, fresh or salt water. Various aquatic organisms are produced through aquaculture. This includes: crustaceans, fishes, mollusks, algae, and aquatic plants.

It requires deliberate human intervention in the level of productivity of organisms which  results in yields that exceed those from the natural environment alone. Stocking water with seed (i.e juvenile organisms), fertilizing the water, feeding the organisms, and maintaining water quality are common examples of such human intervention required in aquaculture. The Food and Agriculture Organization of the United Nations (FAO) says ‘aquaculture is probably the fastest growing food-producing sector which now accounts for 50% of the world’s fish that is used for food’. 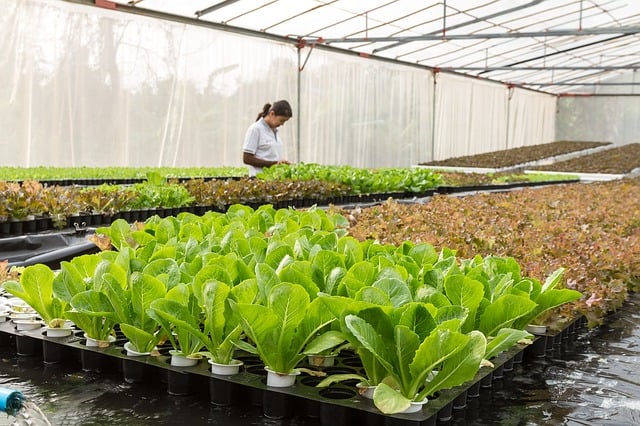 Although, most aqua cultural crops are destined for human consumption, this type of farming also produces ornamental or aquarium fishes, bait fishes and aquatic animals used to augment natural populations for capture and sport fisheries, pearl oysters and mussels, algae used for chemical extraction and experiments, as well as many other products.

The following are the various types of aquaculture:

This is a specialized type of aquaculture which involves the cultivation of sea animals and plants in their usual habitats, generally for food and other products such as: Food additives, jewelry (e.g cultured pearls), pharmaceuticals, nutraceuticals and cosmetics.

Mariculture sites can be situated next to an ocean or on some sections of the ocean dedicated to aquaculture. It could also be carried out in cages, ponds and raceways which contain sea water but are separate from the ocean body. Organisms bred in this type of aquaculture include: prawns and other shell fishes, seaweed, mollusks etc.

It is the most commonly practiced of all the types of aquaculture known. It involves  a selective breeding of fishes for human consumption and commercial purposes. This type of aquaculture is particularly attractive to aqua farmers because of the load of benefits it offers both the farmer and consumer.

This is due to the fact that, fishes, being a cheap source of protein are consumed by a significant proportion of the world’s population, which in turn leads to handsome returns on investment, made by fish farmers in this type of aquaculture.

Again, fish farming is easier to practice than other types of aqua farming, because it is not land intensive and does not require an extensive care. Fish farms only require adequate temperatures and adequate supply of food and proper water.

This type of aquaculture is one which deals with the cultivation of algae. Algae are a broad group of simple, plant-like organisms. Most algae use the energy of sunlight to make their own food, through a process called photosynthesis. However, algae lack roots, leaves, and other structures typical of true plants. They are the most important photosynthesizing organisms on Earth.

They capture a significant proportion of the sun’s energy and produce more oxygen (a by-product of photosynthesis) than all plants combined. Algae form the foundation of most aquatic food webs, which support an abundance of aquatic animals. However, for economic feasibility, algae are grown and harvested in large numbers through aquaculture.

It is an efficient system of aquaculture which emulates the ecosystem present in the natural environment of aquatic plants and animals. It involves the provision of the by-products (including wastes) from one aquatic species as input (food or fertilizer) for another aquatic species.

Aquaculture has made immense impact on the world’s food production sector. Below are some of the benefits of aquaculture:

It is a major source of cheap protein which has saved a significant proportion of the world from protein deficiency. Fish, a major product of aquaculture provides more than 1 billion people with most of their daily animal protein needs.

This is particularly important in regions of the world with the greatest number of vulnerable and resource-poor people. Also, micronutrients required for proper cognitive and physical development are provided through the fishes produced through the various methods of aquaculture.

2. Preserves the population of aquatic plants and organisms

3. Keeps biodiversity and the ecosystem intact

Aquaculture techniques have led to the discovery of ways in which various aquatic organisms and plants can be made to coexist profitably, thus limiting environmental waste levels and enhancing proper functioning of the ecosystem.

With the various aspects of aquaculture or aqua farming, it provides ample opportunity for self employment as well as creation of jobs for the populace.

The following are some facts about aquaculture:

In conclusion, aquaculture is very important for smooth running of the food industry as well as other industries which require outputs from the aquaculture process as their starting materials for production.