We hear a lot about climate change nowadays, but what does it actually mean? Climate change is when the weather patterns of an area change over many years. Precipitation levels, wind patterns and average temperatures shift, and these shifts affect every living being on the planet in many ways, be they animal, human or plant. Climate change has already started showing its effects in the form of rising sea levels, changes in rainfall patterns, shifting of seasons and climbing temperatures. If we don’t act quickly, climate change will pose a real threat for our generations to come.

The shift to a cleaner energy economy wont happen overnight, and it will require tough choices along the way. But the debate is settled. Climate change is a fact.
~ Barack Obama 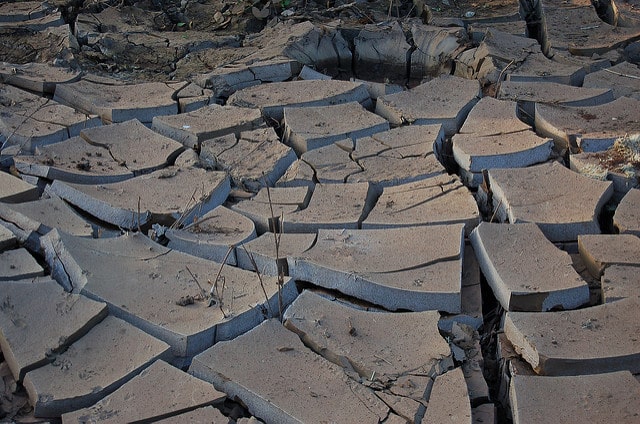 Due to increase in the number of factories, industries and vehicles in the last couple of decades, there has been significant increase in the amount of greenhouse gases in the atmosphere. These heat trapping gases have caused the earth to warm more quickly. Consider the fact: The five hottest years on record have all occurred since 1997. During the past 100 years, the earth’s surface temperature has increased by an average of 0.6° Celsius (1.1°F) – believed to be the fastest rise in a thousand years. Higher temperatures are in fact a cause of rise ins ea levels, melting of glaciers, heat related deaths and increased storm intensity.

Heat waves and cold waves have become more frequent and intense since 1970, precipitated by climate change. They are also lasting longer than they have before. In the past decade alone, extreme temperatures was slated as the second deadliest hazard after storms.

Both extreme heat and extreme cold wreak havoc all around, including loss of livestock, damage to agriculture, loss of human life, increase in disease, damage to property, increase in resource demand, failure of transportation systems, and increase risk of fires. Ecological damage is also extensive, with ecosystems unbalanced by extended extreme temperatures.

As temperatures rise around the world, the temperatures between the poles and the equator are equalizing, triggering higher levels of water vapor in the air. This produces bigger storms including hurricanes, typhoons and cyclones.

Intense storms have claimed more lives in the past decade than any other disaster as whole cities have been devastated and resources decimated. With resources decreased, food and water become scarce. People are left homeless, sometimes jobless, leading to looting and violence. Disease spreads due to flooding, raising the death rate. Floods cause structural damage, sewerage issues, electricity and infrastructure disruption, and landslides, in certain areas. Economic loss is extensive as businesses are disrupted, crops lost and insurance premiums pushed up.

The occurrence of drought; the lack of water for an extended period of time, has increased in the last decade too. Ironically, this has occurred at the same time that floods have been on the rise.

While not as numerous as floods, droughts can be just as deadly, as evidenced during the Sahel drought that wiped out 100,000 people. Even a short drought leaves scars, if intense enough. Bush fires occur more frequently in dry conditions. The ecosystem and agriculture of a region are affected, especially by loess, a fine-grained yellow sediment that blankets wide areas disrupting water sources, food sources and daily life. Animals migrate in search of water, as do humans like subsistence farmers. Famine spreads as water sources and crops dry up, and social unrest, even war is triggered over basic sustenance.

A vicious cycle is formed as climate change affects the sea ice levels, which in turn accelerates warming which melts the ice even faster. As sea ice melts, albedo occurs – dark, open water is exposed, changing the ocean surface from reflective to absorbent. The water absorbs more of the sun’s energy, melting the sea ice even faster, pushing up temperatures, delaying, even retarding ice formation.

On land, permafrost has been damaged by higher temperatures, releasing carbon that has been trapped for many years. Carbon pushes temperatures up, setting off the whole cycle again. On land, shoreline ice erosion has forced people and animals to move inland.

Flooding is now the most common natural disaster that climate change has, in part, exacerbated. This is due to the accelerated melting of sea ice and a corresponding rise in sea levels. Historically, major floods only occurred every 100 years or so. Now they occur every decade or two.

The death of animals and humans is unavoidable in the instant of flooding, but many also perish from the after effects, namely disease, injury, exposure and lack of resources. Hazardous materials are often picked up by the floodwater, which then flows into drinking reservoirs and open water. Infrastructure is severely disrupted, emergency services are tied up, and in the aftermath, rebuilding is required, all of which drains monetary resources.

Another vicious cycle caused by climate change is how it is triggering more wildfires which are harder to control due to the lack of moisture in the atmosphere. Wildfires, in turn, kill trees that would otherwise absorb carbon, which drives up temperatures. Wildfires are ignited when dry weather, available fuel and ignition sources come together.

Wildfires cause massive injuries and death, as well as the destruction of property. The flames themselves cause damage, but the generated smoke can cause even longer-lasting effects such as health problems and smoke damage. As with other disasters, resources are affected, homes are lost and economies are stretched to support and rehabilitate. An ecological effect of uncontrolled wildfires is soil erosion due to decreased vegetation to hold the soil together.

An increase in temperature has caused massive damage to the Earth’s ecosystems. The changes in seasonal life-cycle events like earlier nesting and altered migration patterns have meant that migrants now often miss food sources due to earlier or later arrivals. This means they cannot thrive.

Habitats once hospitable have been rendered inhospitable, which has caused massive range shifts. On land, many species have been forced to search for cooler climates and new resource-rich areas. In the water, saltwater is leaking into freshwater systems as sea levels rise, forcing many water species to either adapt or die. Range shifts and unpredictable climates have also disrupted delicate food webs; which affects animal and plant life everywhere.

As ecosystems are upset and the Earth’s resources dwindle away, the Earth is rapidly losing its ability to support animals and plants. This, coupled with the increase in natural disasters and the Earth’s temperature, has led to extinction at a rate higher than at any other time in history.

Many animal species have already vanished, the first being Central America’s Golden Toad which passed in 1999. Other climate sensitive species stand on the brink of extinction, particularly mountain-reliant animals, animals that live in sea ice such as ringed seals and cold-water fish. Endangered plants include the Quiver tree and coral all around the world.

The previously mentioned disasters are considered primary effects of climate change, but there is a ripple effect that causes far-reaching secondary effects that are equally as damaging.

Cities often suffer than rural areas when disasters strike because they have intricate physical infrastructures such as roads, water supplies, energy supplies and sewerage disposal; as well as psychological infrastructures like the resident’s sense of belonging. In the aftermath of disasters, it is very difficult to rebuild physically and emotionally.

Disasters create less-than-desirable living conditions. Decreased sanitation, exposure to the elements, lack of resources, and increased disease prey on the elderly and the young, and many deaths in the aftermath of disasters are from those demographics.

Social unrest is another secondary effect of climate change. As discussed in Christian Parenti’s book Tropic of Chaos; mass migration leading to anti-immigrant border militarization, civil war, state failure and even religious violence among other political and social failures are in part due to the havoc caused by droughts, floods and storms. Countries with weak social solidarity are less able to cope with the physical effects of disasters, leading to street violence, looting and such. In countries with seemingly more stable social and political infrastructures, disasters have the effect of reinforcing a sort of police state including tighter border controls and increased exclusion due to a self-preservation mind-set.

All in all, It is obvious that climate change has extensive and long-reaching effects on our planet. What we choose to do about it will be crucial to our survival as a species, and as a planet.