The National Oceanic and Atmospheric Administration released temperature data for June, ranking it as the warmest June in the books. The month was nearly 1.6°F above the 20th century average for June, according to NOAA, and beat the previous hottest June, which happened just last year, by 0.22°F. As temperatures remain high, people are turning to Google to get their questions answered. Google has published data on how search users have been reacting to this summer’s intense heat wave. 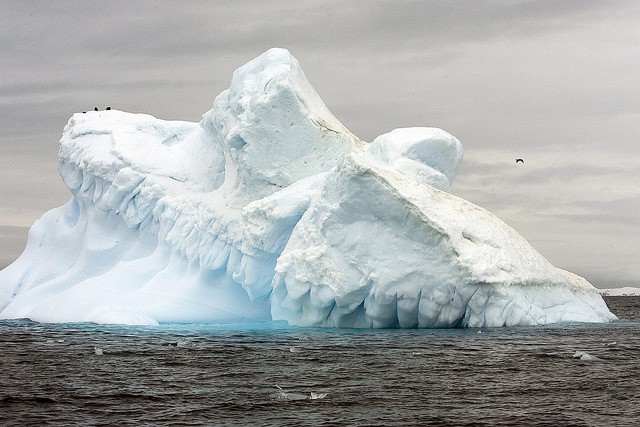 The United Nations Intergovernmental Panel on Climate Change (IPCC) is one of the largest bodies of international scientists ever assembled to study a scientific issue, involving more than 2,500 scientists from more than 130 countries. The IPCC has concluded that most of the warming observed during the past 50 years is attributable to human activities.

The clear and present danger of climate change means we cannot burn our way to prosperity. We already rely too heavily on fossil fuels. We need to find a new, sustainable path to the future we want. We need a clean industrial revolution.
~ Ban Ki-moon

Reason 1 – We can Measure it Better With New Technology

One favorite argument against climate change is that according to temperature measurements it stopped within the past 15 years. That fact is based on the old method of measuring temperature where only the Earth’s surface was measured. With new technology we are measuring the core temperature and the surface. Over the past 15 years the Earth has warmed in keeping with the consensus prediction – which means it warmed up as much as if 4 nuclear bombs had been detonated on the surface.

Reason 2 – We Understand the Causes of it Better

Again, thanks to advances in science we understand how climate change is caused better than we ever have before. Rather than just looking at a measurable end, we can now identify the ratio of contributing sources. The latest list of causes places power plants as being responsible for 44% of warming, transportation for 33.3%, and farming is the next biggest contributor along with other smaller sources.

The importance of this reason can be confusing at first. After all, for all the scientists who have signed a consensus on the state of global warming and climate change there seems to be an equally large group that is not in agreement. The difference lies in the presence of the IPCC. Contrary to popular belief that is not a political group but a scientific organization for specialists in climate science. It is their membership that has authored a consensus. The majority of scientists who disagree with their findings have limited experience or no education in climate studies, but are geologists or other fuel oriented scientists.

Reason 4 – With Models we can now Understand the Hindcast Discrepancies

Much was made of the errors in the hindcasts realized that failed to produce a predictive model that could match the real data collected over a period of time. Hindcasts are looking for confirmation of a theory, but to expose where the predictive models meet or fail to meet the reality. They are directive. The current predictive models produce hindcasts that are considered to be highly accurate. No forecast or hindcast can be 100% accurate, that is an unrealistic expectation.

While no forecast can be absolutely accurate, the hindcasts have achieved a degree of accuracy that allows projected modeling to occur. It is not a complicated process to take a series of confirmed trends over several decades and calculate out how the average growth pattern will appear over the next few decades. It is even a simple matter to add or subtract elements to see how they could potential effect climate change in the years to come.

Announce this in a crowded room and you will quickly be able to tell who paid attention in physics class. Many of the components of the physics equations used in creating models is unpredictable or unreliable – such as the impact of aerosols. These are things that physics has established are unreliable elements. The equation then becomes reliable by knowing what parts of the elements are unpredictable and factoring in a function to allow for that influence on the result.

Make no mistake about it, climate change and global warming is something that would be occurring on Earth even if man had never come into existence. It is a natural outcome of the cycle of decay. That does not mean that the rate at which our global warming is occurring is still within a natural cycle. Man has taken a natural cycle and inflated it so it overwhelms the other natural processes that would have kept it from becoming destructive.

Reason 8 – Too Much of any Good Thing is Deadly

Carbon dioxide is a part of the life giving atmosphere that we breathe. As is water. Just like with water, if you have too much of either it can be deadly. The issue with climate change is how it is taking a delicate balance that supports life and upsets it. That upset can prove deadly, but balance can be restored if the causes of climate change are addressed soon enough.

Many climate change deniers point towards the science that says too much of snow caused climate change and then announced too little of it next year was also evidence of it. With the new advances in computing, and more than a hundred years of data – it has become easier to track trends and show that climate change doesn’t create a specific weather pattern or event in a season, but it begins a trend that can then be tracked and analyzed. Within that trend will be patterns of alternating events.

Just like with number 9, all of that new computer super processing is allowing scientists to understand weather and climate trends to a much higher degree. This is why the medieval warming period was a fluke, but the heat wave of Europe in the 2000s indicated a problematic trend. The answer isn’t in the event that is examined, but how it fits into the context of surrounding weather events to determine if it is a part of global warming.

If everyone knows these reasons, why do some people still say it’s a myth?

There are a lot of myths about climate change that exist, and a lot of people who still deny it. For some, there are political and financial reasons they won’t accept any of the 10 reasons that climate change is real. Others suffer from what is called “confirmation bias.” That is a psychological term that describes the drive of a person to find information to support their original belief – even in the face of facts that disprove it – because it is a part of our brain’s protective system. Bias can be overcome with education, which is why the more you know the more you can have a real impact on stopping climate change.

Climate change is a part of the normal evolution of the Earth, but not at the rate we have pushed it. The new speed of climate change is overwhelming the Earth’s natural process to neutralize the effect. This is why looking to adopt new policies with industries is so important, and also why we have to recast our expectations of growth of our civilization. We need to find an end to the growth of quality of life and learn to be satisfied with what we have, then strive to raise everyone to that level rather than plunging ahead always wanting something bigger and better – that is an important piece of stopping destructive climate change in its tracks.