10 Reasons To Prove That Climate Change is a Hoax

It was Al Gore he began the fuss over climate change and global warming a few years ago. In 2014, it was predicted that we would start to see some of the effects of the wagon. Some said that it would be the hottest year that we have ever had, but the fact of the matter is, it was not. What are the dangers that come with global warming? What makes this such a concern for so many people?

Global warming is certainly nothing that we want to play around with. There are many risks that come with it. But the fact of the matter is that global warming is probably not something that you should be at all concerned about. 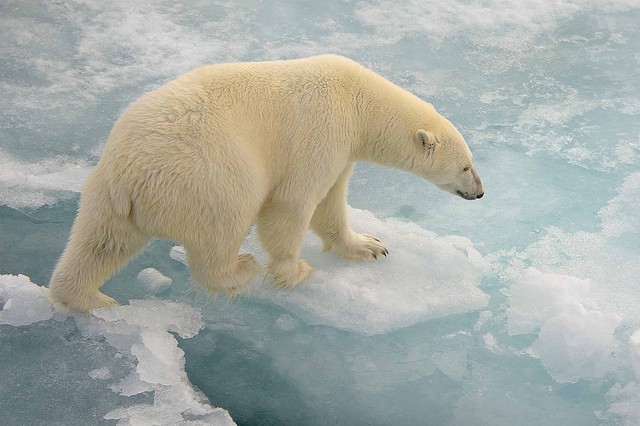 Climate change does not respect border; it does not respect who you are – rich and poor, small and big. Therefore, this is what we call ‘global challenges,’ which require global solidarity.
~ Ban Ki-moon

If global warming were occurring we would see less ice forming than we have seen in previous years. In 2014, there were several temperature records set. One of those was the amount of ice recorded in Antarctica. Furthermore, Lake Superior was frozen solid for most of the year. In fact, there were only three months out of the 12 where there was no ice on the lake. These are just some of the examples of record ice that you should consider when thinking about global warming and whether or not it is something that you should worry about.

So much for the predictions of the hottest temperatures we would ever experience. There were many many cold temperature records broken in 2014. And, don’t forget the “Polar Vortex” which also occurred during that year.

There was snow seen in many areas of the world. And, in many of these places, record amounts of snowfall were recorded. How could we possibly be increasing in global warming when it is still snowing so much in so many different places of the world, with even records being set?

Reason 4. It is good for the Bears

If global warming were occurring, many animals would suffer. One type of animal that would greatly suffer would be the polar bear. Polar bears do not appear to be in any immediate type of danger, however, and are still doing well in their natural habitats.

The oceans are not rising as Al Gore predicted to us. He told us that in 2010 there would be a rise in the ocean by about 20 foot. So far, so good, however, and the sea levels are still pretty normal and staying about where they should be.

People made many speculations when, several years back, a decrease in the number of moose in Minnesota dropped significantly. However, a study was conducted and it was then determined that it has nothing to do with global warming, but instead wolves making meal of the big mammals.

Reason 7. Scientists are not falling for the Hype

If there was a problem with global warming, you are sure to hear about it from scientist around the world. There would be far greater talk than what we have heard thus far. But, the fact remains that scientists are not all worried about global warming or these claims. According to many reports, only about 1% of all scientists believe that there is a problem with the temperature on the earth. The other 99% say that just the opposite of global warming is true.

Reason 8. Carbon Sinks are around

Carbon sinks help remove some of the carbon dioxide from the air. Considering that man produces a great amount of CO2 on a yearly basis, these sinks are still taking care of the problem. NASA measured the CO2 levels around the world, and learned that most of the problems come from China, South American and African rainforests.

The records are out there for you to look at. A quick internet search will provide you with plenty of useful information and great insight. When you do your research you will learn that there have been plenty of years warmer than what was experienced in 2014. You will also learn that there have not been any reports of global warming in over 18 years. That is a long time!

Sure, Al Gore is a smart man, as are the others who stand behind him in his claims of global warming. But NASA is the big daddy, the trusted source of research and information. And, according to NASA, there is nothing for us to worry about as far as global warming is concerned. There are still many ice sheets being produced, thus there is no major cause for concern. NASA has conducted several studies since the claims of global warming began, and they have always well substantiated reasons why it is not occurring and nothing for us to worry about.

Are there more Reasons why it is a Hoax?

Stop and think about this for a moment: Al Gore, and some of those following behind, are paid to make statements that they have made. It is safe to say that this is a nice chunk of change they are being paid. If someone stands to profit from making a claim, don’t you think they are going to make those claims as well as stand behind them? It is vital that you always consider the source of information as well as any reasons they might have to gain from saying these things.

The truth of the matter is clear: we do not have anything to worry about as far as climate changes and global warming is concerned, at least as of now. The statistics speak for themselves. While anyone can make a claim, no one can dispute the cold, hard evinced that is there for anyone and everyone to see.

Global warming is a hoax, and the 10 reasons listed above only begin to weigh in on the reasons that this is true. Do not fall for the hype and do not think that the world in which you live is in any kind of trouble due to global warming.